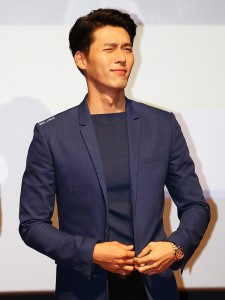 SEOUL, Sep. 25 (Korea Bizwire) – Hyun Bin, a Korean heartthrob starring in many popular dramas including “My name is Kim Sam-soon” and “Secret Garden,” received a special birthday present from his fans around the world.

“HB International,” a world-wide fan club comprised of international fans from Korea, Japan and Hong Kong, decided to align affection for him with a good cause to help make the world be a better place, by donating a well to an arid area. The united fan club plans to present the “Hyun Bin Well” in celebration of his 33rd birthday which comes on September 25.

“In order to commemorate his 33rd birthday, we prepared a special gift for him. The fan club will continue to do good deeds for him,” a member of the fan club said.