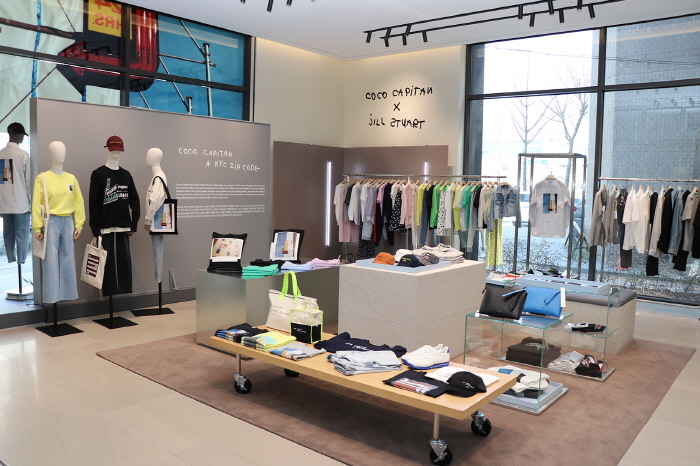 SEOUL, Apr. 22 (Korea Bizwire) — The scope of collaboration between fashion and art is expanding day by day.

Such an approach can be seen as a strategy to enhance brand image by transgressing the strategy of differentiating products.

Born in Spain in 1992 and active in London, England, Capitán works in a wide range of art areas, including painting, murals, video and installation, as well as photography.

In 2017′s fall/winter season, she collaborated with luxury brand Gucci for a project that drew much attention.

Under the theme of the modern sentiments of New York, Jill Stuart New York combines its clothes, accessories and miscellaneous items with photos, drawings, handwriting and collages made by Coco Capitan when the artist resided in New York.

Fashion brand Uniqlo has also embarked on a collaboration with illustrator Jason Polan, who is known for his illustrations.

Uniqlo released a graphic t-shirt with Polan’s reinterpreted work of Marvel’s superheroes, including Iron Man and Hulk, Spider-Man and Captain America, with his own sentiments.

Uniqlo has added the Marvel Comics logo and frequently appearing Marvel series titles to its line of t-shirts. Some of the works of famous artists are displayed directly in stores. 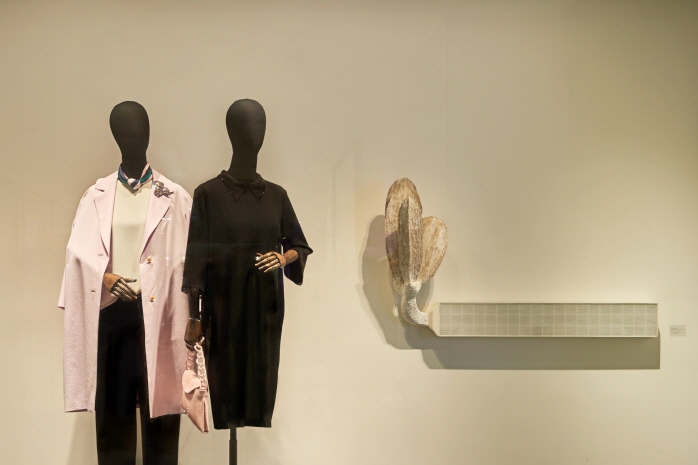 Lebeige, a brand of Samsung C&T Corp., will hold a collaborative exhibition with wood artist Na Chum-Soo at 23 stores across the country to mark the 10th anniversary of its launch. (Samsung C&T Corp.)

Lebeige, a brand of Samsung C&T Corp., will hold a collaborative exhibition with wood artist Na Chum-Soo at 23 stores across the country to mark the 10th anniversary of its launch.

The exhibition, under the theme of “New Classics,” will feature 26 pieces of wood, stone, earth and straw works created by Na with inspiration from Lebeige.

Kuho, another women’s wear brand in Samsung C&T’s fashion division, will also hold a collaborative exhibition with South Korean graphic artist Lee Sol at the Kuho flagship store in Hannam-dong, Seoul, until May 21.

Collaboration between fashion and art is now a popular phenomenon. Collaborating with artists can attract consumer attention due to the feeling of uniqueness, and it also has positive effects on brand image.