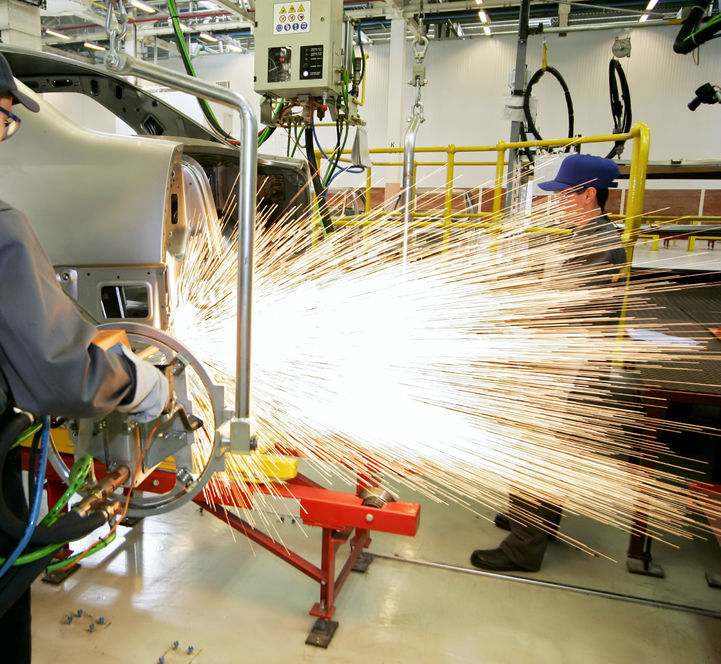 According to the report by Statistics Korea, production in the mining, manufacturing, gas and electricity industries was down 1.2 percent last month from March, marking the second consecutive monthly decline. (image: Kobiz Media / Korea Bizwire)

SEJONG, May 29 (Korea Bizwire) – South Korea’s industrial output dropped at a faster clip in April than a month earlier, a government report showed Friday, escalating concerns over the performance of Asia’s fourth-largest economy.

According to the report by Statistics Korea, production in the mining, manufacturing, gas and electricity industries was down 1.2 percent last month from March, marking the second consecutive monthly decline. It was also an acceleration from a 0.3 percent on-month contraction in March.

Compared with a year earlier, industrial production was also down 2.7 percent.

Production in the service sector, on the other hand, gained 0.5 percent from March and jumped 4.1 percent from a year earlier, the report showed.

For all industries, output dipped 0.3 percent from the previous month and gained 0.7 percent vis-a-vis a year earlier.

“There was a drop in the number of ships being launched at local shipyards and large maritime structures being made last month that had a direct impact on industrial output,” said Jeon Baek-geun, director of the short-term industrial statistics division. “A 1.9 percent fall in export-related shipments also dragged down other numbers.”

Output of ships and other miscellaneous transportation products plunged 13 percent from the month before, with the production of processed metals contracting 8 percent.

In the service sector, production that was in minus territory in March grew 0.5 percent, thanks to a rise in wholesale and retail output and real estate transactions.

Wholesale and retail output expanded 1.4 percent, with demand for both durable and non-durable goods increasing. Property and real estate transactions moved up 2.4 percent compared with March.

Business investment, another key barometer of growth, was down 0.8 percent on-month as companies spent less on general machinery purchases. From the year before, investment rose 2.8 percent.

The report also showed that orders placed on domestic machinery jumped 21.9 percent on-year, which can be a sign that companies are moving to expand capacity.

In the construction field, the amount of actual work underway decreased 2.6 percent on-month and 8.6 percent from a year earlier, mostly because of a poor showing in civil engineering projects. On the plus side, the number of orders received surged 18.8 percent vis-a-vis April 2014.

The finance ministry said that April’s output numbers showed steady gains in domestic consumption that had hurt growth in the past. It, however, said the decline in exports caused the weakening of manufacturing sector output and investment.

“Low energy prices and a rise in assets are contributing to the revival of consumer sentiment,” it said.

The ministry argued that while manufacturing, facility investments and construction experienced a downturn when compared with the month before, such moves cannot be seen as a trend. It pointed out there was a rise in autos, semiconductors and mobile phones that are the main contributors of growth.

“There are downside risks like the weak Japanese yen, but a rise in demand from the domestic market is expected to exert a positive pull on industrial output and investment down the line,” the ministry said.