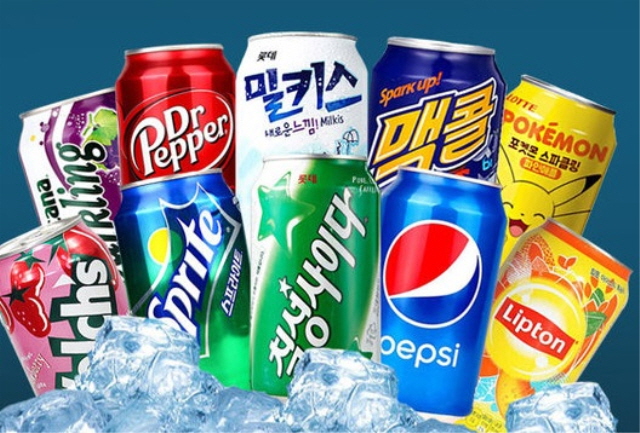 Fat Can products with a capacity of more than 300 milliliters offer more than 40 percent additional beverage than slim cans and cost 10 to 20 percent less per milliliter. (image: Gmarket)

SEOUL, Aug. 27 (Korea Bizwire) — The beverage industry’s “fat can” trend, are aimed at “heavy users,” is leading to a drop in the popularity of slim cans.

With the prolonged economic downturn, cost-effectiveness is becoming an underlying concern for consumers, and more and more are looking at cost over volume.

Furthermore, with consumption trends become more Westernized than before, Koreans are choosing to drink more

Although sales of slim cans, referring to drinks less than 300ml, accounted for 76 percent of sales in 2017, the proportion of large cans increased to 42 percent from January to August 21 this year, significantly reducing the gap.

In terms of sales growth, the number of slim cans sold decreased from 40.4 percent in 2018 to 28.6 percent this year, while the number of large-capacity cans more than doubled to 84.3 percent and 93.9 percent over the same period.

Fat Can products with a capacity of more than 300 milliliters offer more than 40 percent additional beverage than slim cans and cost 10 to 20 percent less per milliliter.

Those who feel that one can of slim beverage is not enough but two cans are too much to carry around or too expensive are turning to fat can drinks.

In line with this trend, there are also a series of releases of fat can products.

While the number of fat-can beverages has increased from about 20 in 2017 to about 40 at present, the number of slim cans remained around 30 in 2017.

In the case of refrigerated canned coffee, the percentage of sales of large capacity drinks of 300 milliliters to 325 milliliters increased from 28 percent in 2017 to 40 percent this year.

With the exception of imported beer, which has been priced at 10,000 won for four cans, the portion of sales of 500ml cans of beer from Korean brewers increased from 60 percent in 2017 to 70 percent this year.

The popularity of high-capacity products also affected the performance of companies.

Lotte Chilsung Beverage Co., the beverage maker of South Korean retail giant Lotte, posted a record high of 1.25 trillion won in sales in the first half of this year.

It is the biggest first-half sales since Lotte started its beverage business in 1950.