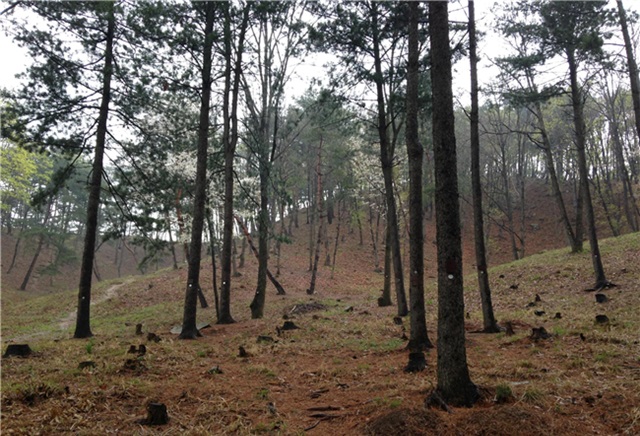 In Korea, “natural burial” has drawn rising interest as people begin to give a second thought about the traditional burial practice. Korean “natural burial” is somewhat different in that it is the burial of the cremated body around a designated tree wishing both the tree and the cremated soul will live eternally. (image: ‘Haneul Sup’ Forest Garden in Yangpyeong, Gyeonggi Province, the nation’s first public “natural burial” site/ image credit: The Office of Forestry)

SEOUL, Sep. 13 (Korea Bizwire) - Korean people traditionally have their deceased family member buried at a plot right after a three-day funeral service. The rest of the family members make a grave for him or her in their family burial ground, usually located in their home town or countryside.

The place where their loved one is buried is visited during holidays such as Chuseok or on the anniversary of the date of death every year in order for family members to pay their respect.

As a growing number of people move to cities and are busy working hard, however, it becomes quite hard for them to take care of their family member’s grave because of a long distance to the site and ridiculously congested holiday traffic. Under the circumstances, more and more graves go by the wayside. Of 14 million graves in Korea, 2.24 million, or one in six, are not taken care of.

They are called a grave without family. It has become one of the important social issues because land for the dead is becoming scarcer in the small country of Korea. In this day and age, graves are giving headaches not only to individuals but also to the society.

As Korea’s cemeteries grew full by the end of the 1990s, Korean burial tradition has been gradually changing. According to the Ministry of Health and Welfare, 74 percent of the deceased were cremated in Korea in 2012, rapidly up from 17.8 percent in 1991.

Considering the fact that Korean people used to think cremation was an atrocious act to the dead, people’s perception on burial custom has hugely transformed. People nowadays prefer cremation to burial since it is hygienic, convenient and less expensive. 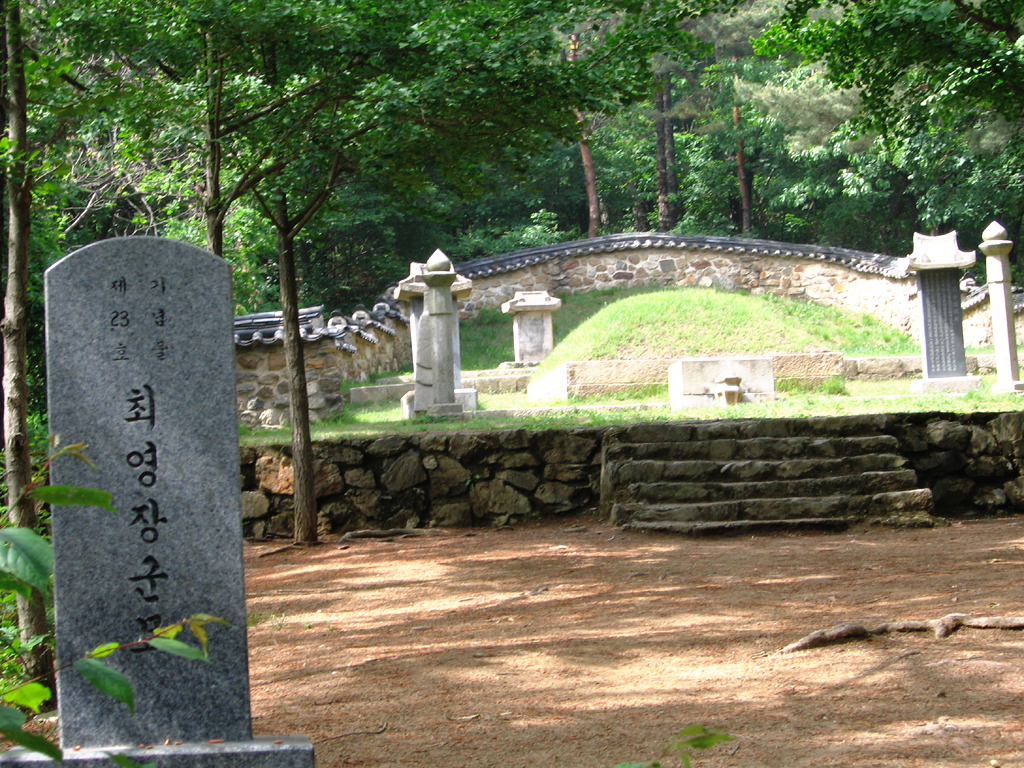 The tomb of General Choi Yeong, who lived in the Goryeo Dynasty, one of the most admired Generals throughout Korean history. It is very famous that ahead of his death, General Choi Yeong had predicted “If I had ever had greedy heart throughout my life, you can find weed around my tomb.” According to many historical sources, no weeds were found above his tomb. But after a large-scale “weed raising” work by his descendants, now you can witness well-managed weeds above his tomb. (image: Wikipedia)

As an increasing number of Korean people choose to have their deceased loved one cremated, another problem such as lack of facilities for cremation and columbariums comes up. In response to the surging demand, the ministry plans to add additional 13 facilities by 2017 to the existing 55 crematories.

Aside from cremation to keep ashes at a memorial place, natural burials become alternatives. One of favored ways is to bury a small box containing the remains under a tree. Natural burials give people a feeling to return to the nature after death. In addition, living family members can both respect the deceased as well as refresh in the woods by visiting the tree instead of a grave.

Some Korean people choose to scatter the remains at sea as another type of natural burials. By scattering ashes, family members do not need to prepare a plot for burial and can commemorate the death on the sea. More than 1,000 cases of burial at sea occur every year at coastal waters of Incheon in Korea.

The Statistics Korea announced in its survey on aged Korean people that 35.4 percent of the elderly over 65 prefer cremation, followed by traditional burial (31.6%) and natural burials (28.5%). “Korean funeral culture is completely transformed to cremation from the traditional custom of burial,” Park Tae-ho, head of the Korean burial culture council, said.

“As a form of nuclear family has become typical and people are busy working in cities, few people can take care of graves, making people prefer cremation to traditional burial,” he added. 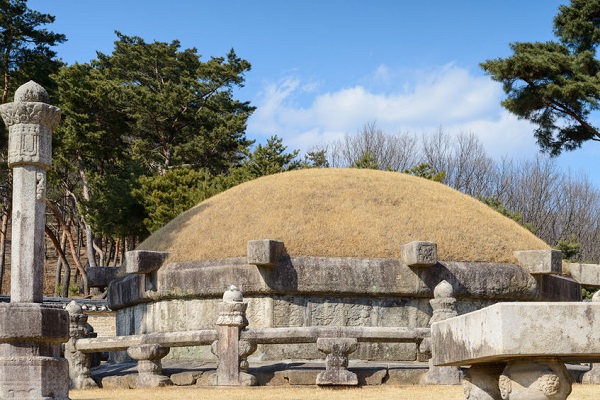 Korean people make a grave for the deceased in their family burial ground, usually located in their home town or countryside. (image: Kobizmedia/ Korea Bizwire)