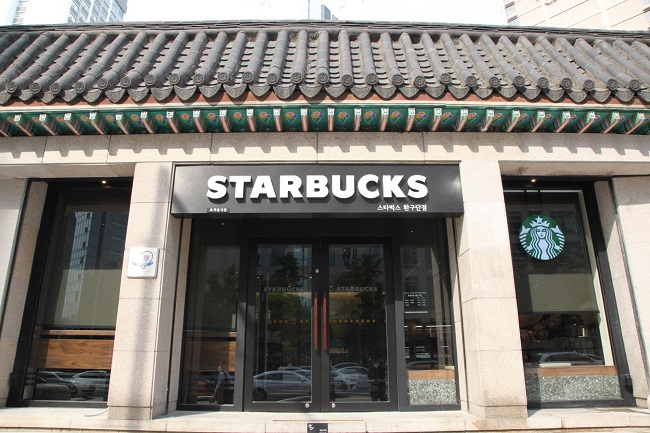 SEOUL, Nov. 25 (Korea Bizwire) — Starbucks Korea, the nation’s largest coffee chain, has jumped into the delivery fray, in its attempt to boost annual sales in South Korea to 2 trillion won (US$1.86 billion).

Expanding aggressively its number of stores here, Starbucks Korea has kept growing its presence with its net profit rising 18.5 percent in 2019 from a year earlier, while sales came in at 1.8 trillion won last year, on the cusp of reaching the 2 trillion won milestone.

The COVID-19 pandemic, however, has served as a bump in the road, slowing the coffee giant’s bid to grab the coveted 2 trillion won title.

Industry watchers say Starbucks Korea’s decision to enter the delivery service might be its longer-term preparation for the aftermath of the pandemic, which has wreaked havoc on the food and beverage industry. 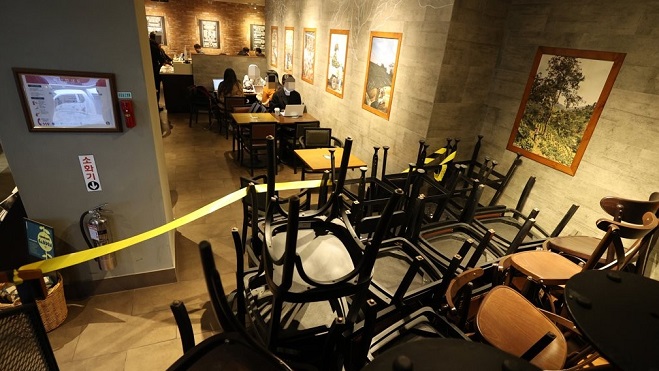 Chairs and tables are moved to a corner at a cafe in Seoul on Nov. 23, 2020, as toughened social distancing rules are to only allow takeout and delivery sales at the place. (Yonhap)

The delivery-only store has no space assigned for visiting customers, only coffee making stands and a waiting room for delivery persons known as riders.

In the meantime, other major coffee brands in Korea such as the Coffee Bean & Tea Leaf, Hollys Coffee, Caffe Pascucci and Ediya Coffee are already operating their own delivery services, so they are likely to keep a keen eye on the possible impact Starbucks Korea’s move might result in.