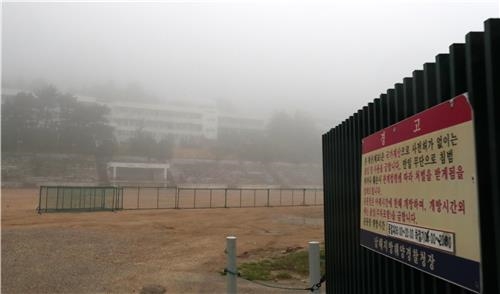 BUSAN, May 21 (Korea Bizwire) – The former site of the Busan National Maritime High School in the city’s Yeongdo-gu neighborhood is suffering from an influx of trespassers looking for a taste of the occult after a series of horror flicks were filmed there.

The grounds remain closed to the public after the school relocated to another campus in 2007. During the day, the site is used as training grounds for the special forces of the National Maritime Police, as well as firefighters.

The building, having long been left in disrepair, has an air of grotesqueness and mystery which explains why it has become a popular filming location for TV and movies.

After the popular TV program “Infinite Challenge” filmed an episode at the location in 2015, the school gained new notoriety.

According to the Busan Film Commission, a total of 16 feature films were shot at the abandoned high school.

The site has become an especially popular filming spot due to its mysterious ambience and the sea fog that adds to the atmosphere. 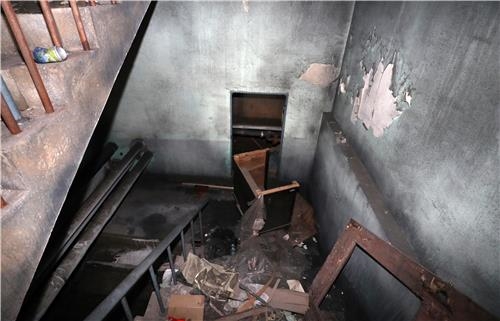 More recently, thanks to the success of “Gonjiam: Haunted Asylum,” which was also filmed at the high school, people have been flocking to the grounds to get their very own taste of fear as the set and props from the movie remain on site, abandoned.

A nearby cemetery also adds to the eerie experience.

The Korean Maritime Police Agency, which manages the facility, says that the building is off-limits to the general public.

Since 2014, there have been several attempts to transform the building into a training grounds for special police forces, but plans have been postponed time and time again due to funding difficulties.

The Maritime Police Agency says it hopes to begin construction at the end of this year, with an expected completion date of 2020.

Until then, law enforcement officials say that people should stay off the property, noting that danger lurks in the depths of the old building, and that trespassing could lead to serious injury.