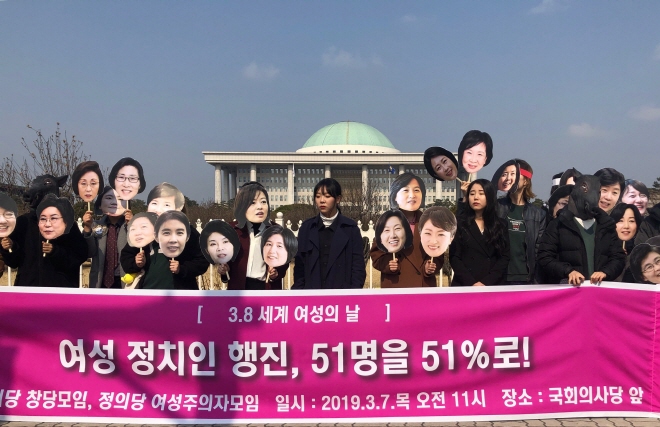 SEOUL, Mar. 8 (Korea Bizwire) — A group of activists claiming to support feminism held a press conference in front of the National Assembly on Thursday, to argue for the need of a feminism party for the first time in Asia.

“Of the 300 lawmakers in the National Assembly, only 51 are female, which accounts for 17 percent,” said a group of feminism advocates at a news conference on the same day.

They claimed that it is a serious social problem that the number of female lawmakers is so low.

According to an online survey conducted by one of the feminist groups participating in the press conference, of 1,258 respondents, more than 90 percent agreed on the need to form a political party based on feminism.

They also claimed that they need such a party for the realization of feminism.

The advocates also explained that they had gathered to claim the right to vote for women.

They questioned whether they were guaranteed the right of women to participate in politics freely and safely in a male-dominate political culture where a presidential candidate raped his assistant.