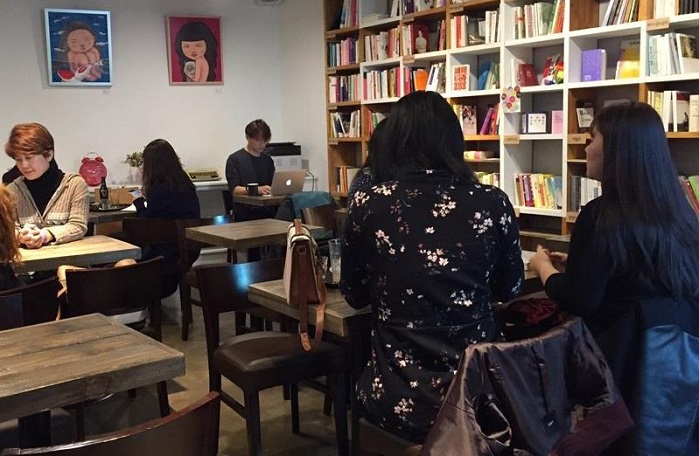 This photo shows Cafe Doing in southern Seoul on March 2, 2017. The cafe has some 650 books related to feminism. (Yonhap)

SEOUL, April 28 (Korea Bizwire) — A string of job posts that ban or welcome the application of feminists are stirring up a controversy in South Korea.

Recently, an owner of a convenience store in Nowon District in Seoul stipulated in a job post for a part-timer that the applicant shouldn’t be a feminist.

Soon after the story went viral, the owner was bombarded with criticism from many netizens who criticized his behavior as nothing but gender discrimination.

Later, the owner admitted that it was wrong for him to write the job post in such a way, adding that he simply wanted to emphasize that he’d like to hire a man who is strong enough to meet the physical requirements of the job.

In contrast, women’s wear maker Fuse Seoul raised a controversy after posting a job ad saying ‘women are preferred and feminists are greatly welcomed’ for its marketing positions.

Fuse Seoul claimed that there were no issues with the job ad since the sentence welcoming feminists was equal to the pursuit of gender equality.

Experts say that in the stage of recruiting workers, the behavior of banning or welcoming some with specific conditions is controversial but it is uncertain if such behavior is subject to criminal punishment.