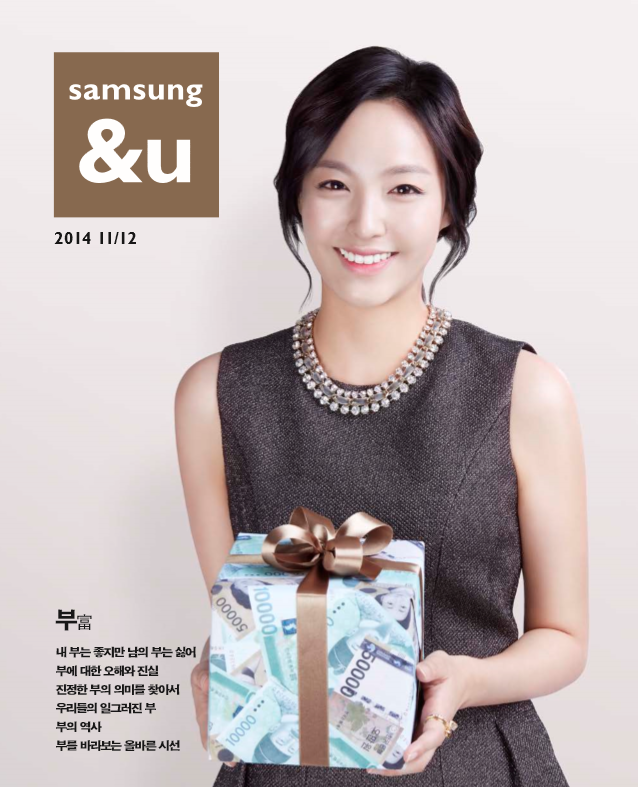 The print magazine will move to the online space from the next issue after five years of publication.(image:Samsung Group)

SEOUL, Nov. 24 (Korea Bizwire) – The final issue of “Samsung & You,” the corporate bimonthly magazine published by Samsung Group, has featured Lee Kun-hee, the current group chairman incapacitated by a heart attack in May this year. The print magazine will move to the online space from the next issue after five years of publication.

According to the group on November 23, the cover story of its November/December issue was achievements made by Mr. Lee. It tells a story of him since assuming the chairmanship after his father and founder Lee Byung-chul passed away and how he made the company into a globally competitive behemoth.

SEE ALSO: No. of Korean Super-rich with Assets over 1 Tril. Won Reaches 35…Chaebul.com 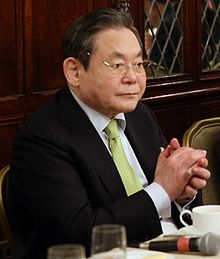 According to the group on November 23, the cover story of its November/December issue was achievements made by Mr. Lee. (image:Wikipedia)

At the time, the feature story describes, the task of overcoming the global top companies was a life-and-death issue for him. In a world increasingly integrated due to communications and transportation revolutions, the No. 1 position in Korea meant nothing. He thought the first thing his company had to do was changing attitude of his people from the ground up.

To that end, he instituted a “7-4 scheme” by which employees go to work at 7 in the morning and leave the office at 4 pm while putting 150,000 defective mobile phones on fire as a symbolic gesture to instill a spirit of quality first.

A scheme to stop the whole assembly process when even a small defect is found by an employee was introduced during this time. This is reflection of his desperation in something had to be done to improve quality no matter how dear the sacrifice is. Thanks to his decision and innovation efforts by his people, Samsung has become one of the most admired companies in the world neck-and-neck with Apple Inc. In the process, erstwhile globally best companies like Sony and Nokia fell by the wayside.

The leadership and entrepreneurial spirit of the chairman shows important lessons for the current Samsung mired in a mini-slump due to a competitive quandary in its smartphone business. Samsung & You was launched in July 2009 by combining its in-house magazine Samsung Journal and Society Living Together for external readers. The number of regular readers was 190,000.