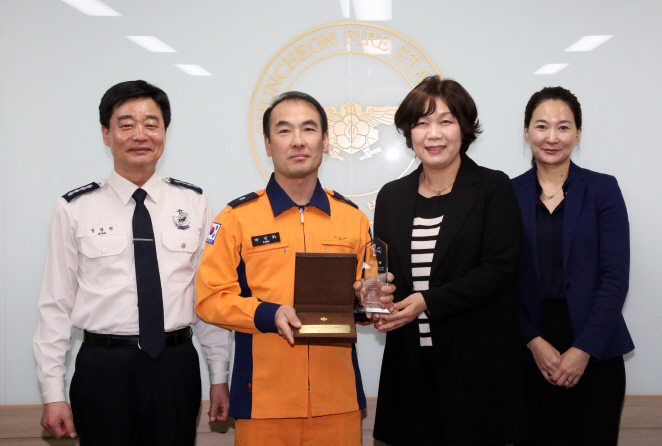 CHUNCHEON, Mar. 29 (Korea Bizwire) — A South Korean firefighter received a plate of appreciation from an animal protection agency on Thursday after rescuing and reviving a cat found at the site of a fire.

Park, in a fire that occurred in a local apartment in Chuncheon, Gangwon Province on March 19, was rescuing residents when he found the cat in a small room, unable to breathe.

He immediately brought the cat outside and tried to resuscitate it for four or five minutes, eventually succeeding. 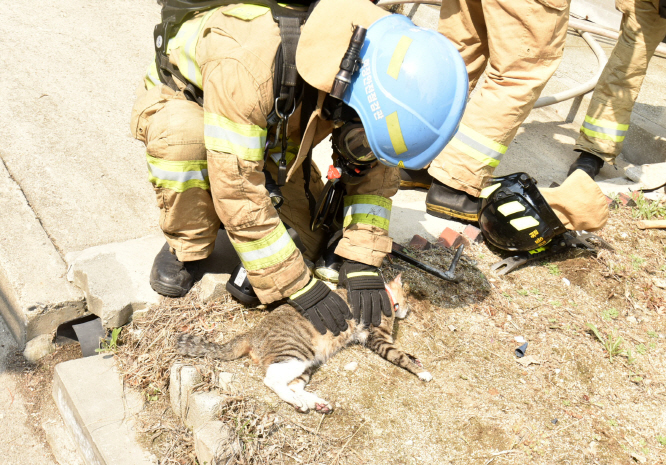 Park said he learned animal cardiopulmonary resuscitation (CPR) through YouTube videos, and already had experience resuscitating a cat back in 2017.

The cat received treatment for two days, after which it was sent back to its original owner.

“For the owner, the cat is like a family member, and that made me all the more eager to help the cat live,” said Park. “Now I have more reasons to work harder at rescue sites.”