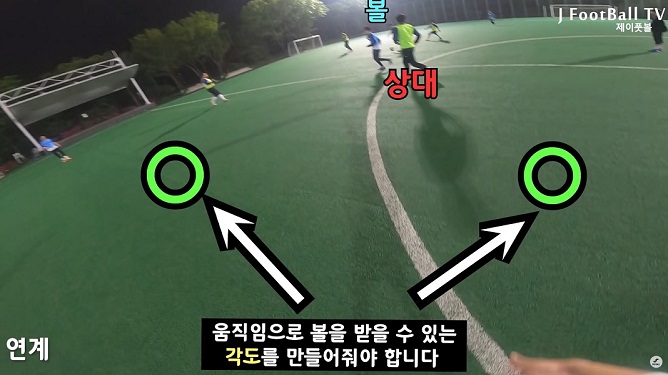 The videos offer an enjoyable experience to football enthusiasts as if they are actually playing on the field. (Yonhap)

SEOUL, June 8 (Korea Bizwire) — YouTube videos of people playing football from a player’s standpoint are going viral among football fans as the coronavirus is forcing people away from the sport.

The videos offer an enjoyable experience to football enthusiasts as if they are actually playing on the field.

Searching for ‘first-person football player’ on YouTube returns various videos taken from various standpoints of a footballer, including those from a midfielder, forward, or others.

A YouTuber plays a soccer game wearing a camera headset, enabling the audience to watch the game from the player’s angle.

The audience were positively amused by the videos since they were more lively than third-person football broadcasts.

“I wanted to play so badly, especially after it became so much harder to gather friends who could play,” said Lee Hun-woo, a college student.

“Watching those first-person videos at home made me feel like I was actually in a game.”

Lee Seong-jin, a semi-pro K4 League football player, has been posting first-person football videos on his YouTube channel since February.

Despite the lack of followers, remaining at 25,000 people, his video, taken from a first-person standpoint of a midfielder, reached more than 300,000 views.

Recording a soccer game from a first-person standpoint is not an easy job. First of all, the player cannot head the ball due to the headset, and has to regularly untie the headset band since it gets too tight during the game.

Also, the player has to verbally explain the situation as he plays, eventually running out of breath. “Many fans tell me that watching a football game from a professional’s standpoint is refreshing,” Lee said.

Experts argue that the prolonged coronavirus outbreak may lead first-person videos to spread to other genres.

“The audience will be able to enjoy higher satisfaction as well as better relate to first-person videos,” culture critic Kim Heon-sik said.

“If first-person video spreads to outdoor festivals, K-pop performances, theater and other fields, it may become an entirely independent genre of content with potential monetary values.”