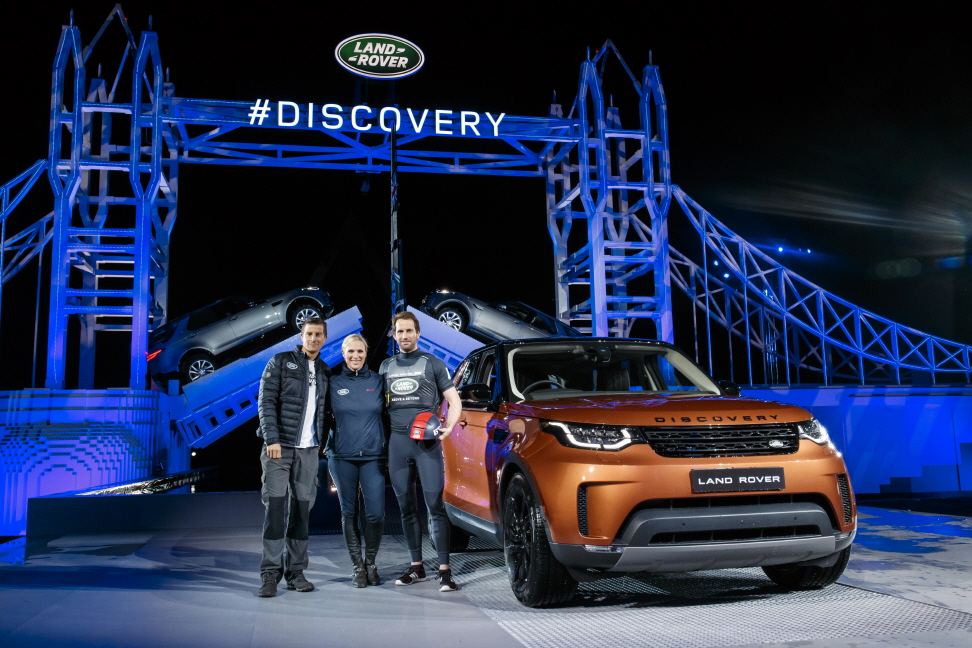 A photo accompanying this announcement is available at http://www.globenewswire.com/NewsRoom/AttachmentNg/4d374d62-1f31-4659-ae79-cd92580eb74c

The New Discovery embodies Land Rover’s drive to go Above and Beyond, combining British desirability with an unstoppable spirit of adventure. It is highly desirable with unrivalled capability and technology like no other.

Everyday ingenuity has been at the heart of the Discovery for the last 27 years, with more than 1.2 million customers to date. The new Discovery is for the digital age.  Ingenious technology keeps your family safe, connected and confident on all surfaces, all terrains and in all weathers to ensure your destination is reached.

The fifth-generation model benefits from Land Rover’s strong, safe and light full-size SUV architecture, delivering comfort and adaptability like no other.

The reveal set was made from 5,805,846 individual LEGO bricks, breaking the previous Guinness World Record by 470,646 pieces. Laid end to end, the bricks would stretch for almost 200 miles, or from Tower Bridge in London to Paris.

Led by the UK’s only LEGO Certified Professional, Duncan Titmarsh, it took five months for expert LEGO Master Builders in the UK to construct the incredible Tower Bridge structure. It was erected in the grounds of Packington Hall, Warwickshire, UK – close to Land Rover’s Solihull plant, where New Discovery will be produced.

As part of the dramatic reveal sequence, British adventurer Bear Grylls appeared in typically exciting fashion by abseiling from the top of the huge Tower Bridge installation, through the open drawbridge and onto the stage beside the New Discovery.

The finale was Land Rover BAR Team Principal Sir Ben Ainslie driving his sailing team through 900mm-deep water under the bridge – demonstrating the unrivalled capability and versatility of Land Rover’s new SUV. Sir Ben towed a LEGO replica of the Land Rover BAR boat, a 186,500-brick meticulous model of the boat that will challenge for next year’s America’s Cup.

New Discovery represents the next step in Land Rover’s journey of transformation from cogs to code and is designed, engineered and manufactured with the help of some of the 1,300 talented young engineers currently on the company’s leading training programmes. Jaguar Land Rover is one of UK’s leading recruiter of graduates and apprentices: 3,000 have joined in the past six years and 400 new recruits have just started on the 2016 intake.

Bear Grylls said: “I have developed a powerful bond with Land Rover vehicles over the years and to me they embody that spirit of adventure coupled with a rugged reliability that also serves the needs of a young family. The Land Rover Discovery is invaluable on expeditions, whether filming in deserts, jungles or mountains, yet it’s still the perfect vehicle for the family’s everyday use. It’s a proud moment to be here with Land Rover revealing the New Discovery to the world.”

Emma Owen, LEGO UK and Ireland Spokeswoman, said: “We are thrilled that Jaguar Land Rover has used LEGO bricks to add some Guinness World Record-breaking creativity to the launch of the latest Discovery. This is an epic, outstanding build that absolutely captures the imagination in a way we haven’t seen before.  With LEGO bricks and some imagination you really can build anything!”