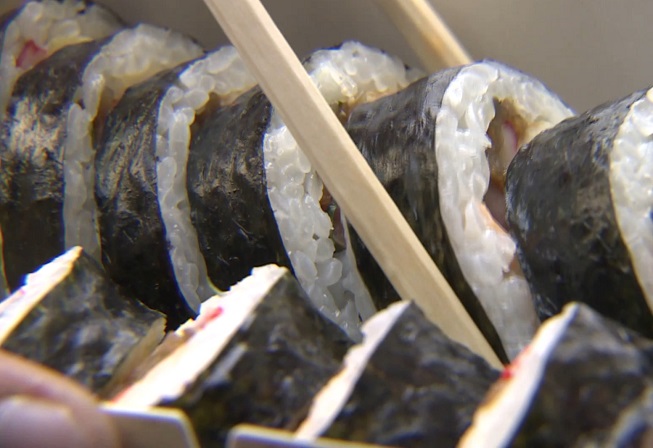 SUWON, Aug. 31 (Korea Bizwire) — Over 130 people have lodged a damages suit against a restaurant franchise that sells “gimbap,” or seaweed rice rolls with vegetables, over food poisoning.

Park Young-saeng, an attorney at Jungjin law firm, said Tuesday that he filed a damages suit the previous day with the Suwon District Court in Seongnam, a Gyeonggi Province city just south of Seoul, on behalf of 135 victims of food poisoning incidents at two stores of a gimbap chain in the city.

The victims have requested a total of about 400 million won (US$342,960) in compensation, or 3 million won per person, from the franchise and the two restaurants.

A total of 276 people who ate gimbap at the two branches of a gimbap chain in Seongnam between July 29 and Aug. 2 showed food poisoning symptoms. Forty of them were hospitalized for treatment.

According to health authorities, salmonella bacteria were found in clinical specimens from the patients and cooking tools used at the restaurants.

Park recruited those who wish to participate in the suit through a joint action platform from Aug. 6 to Friday.

The causality between the gimbap stores and victims’ food poisoning can be recognized considering the health authorities’ investigation results, Park said.

Following news reports on the food poisoning incidents in Seongnam, dozens of people in two other Gyeonggi provincial cities — Goyang and Paju — were also found to have shown similar symptoms after eating at other gimbap restaurants.