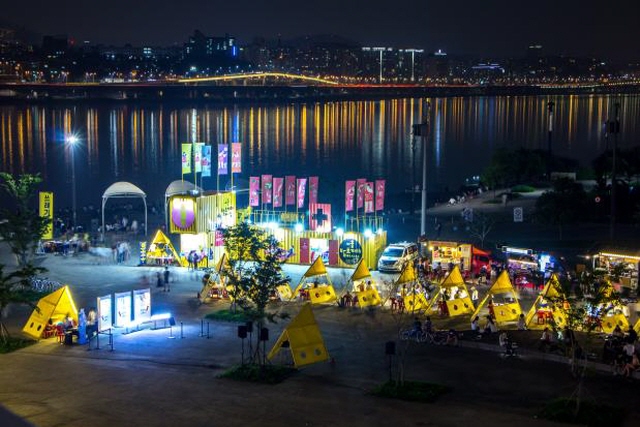 A total of 15,172 foreigners living in South Korea and 71 other countries participated in the poll on Seoul’s best policies, which was held in six languages from Nov. 28 to Dec. 9, they said.

Of them, the largest number, 5,469 persons, singled out the Seoul Bamdokkaebi Night Market as the metropolitan government’s best policy for this year.

The Bamdokkaebi night market, organized by the municipal government, was held in various locations, including Cheonggyecheon Stream, Dongdaemun Design Plaza, Yeouido Hangang Park and Banpo Hangang Park, on Fridays and Saturdays from March 30 to October 28 this year. Visitors to the night markets enjoyed foods from around the world, shopping of unique handmade accessories, and various cultural performances.

Seoul officials said free rental of interview suits for job seekers ranked as the second best policy with 4,040 votes, followed by a campaign to reduce disposable items with 3,943 votes.

The Bamdokkaebi night market was most favored by foreigners speaking English and Chinese, while Japanese picked the creation of Seoullo 7017, an overpass-turned-park around Seoul Station, as the best policy of the year, they said.