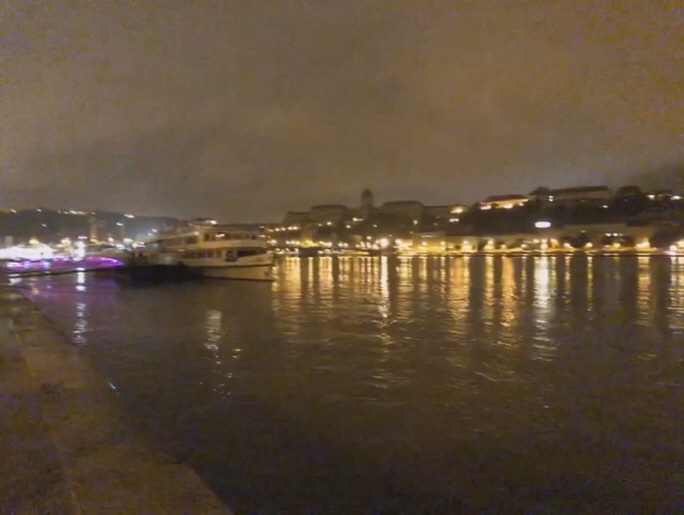 The Danube River in Budapest on May 29, 2019 after a cruise ship sinking accident. (Yonhap)

SEOUL, May 30 (Korea Bizwire) — Many South Koreans who previously traveled to Hungary said Thursday a ferry cruise on the Danube River is very popular among tourists visiting its capital Budapest, but they remembered safety measures seemed to be insufficient.

They said they don’t remember being offered life jackets or seeing lifeboats during their recent river cruise tours in Budapest.

Late night river cruises are touted as one of the top attractions for foreign visitors to the Hungarian capital. South Korean group tourists have usually chartered small cruise boats for their night tour activities, but many of them have long raised safety concerns.

“I boarded a cruise ship at around 10 p.m. but was not given a life jacket. The ship didn’t even carry a lifeboat and other safety devices,” a Seoul citizen who visited Hungary in the middle of this month recalled.

“If it were in our country, the ship could hardly be allowed to operate.”

Another person who traveled to Hungary also said: “I remember the Danube River cruise boat I took in Budapest was filled 80 to 90 percent with Koreans. But there was neither life jackets nor an emergency response guide.”

Since several years ago, Hungary, together with other Eastern European countries, has been one of the hottest destinations for South Korean package tourists. They usually take the boat ride in Budapest after dinner.

“When tourists go to Budapest, they take a night tour along the Danube River, just like taking a cruise on the Seine in Paris,” said an official at a local tour company.

“The tourists satisfaction is high on the Danube cruise tours, as they take just one hour and have a lot of photo opportunities.”