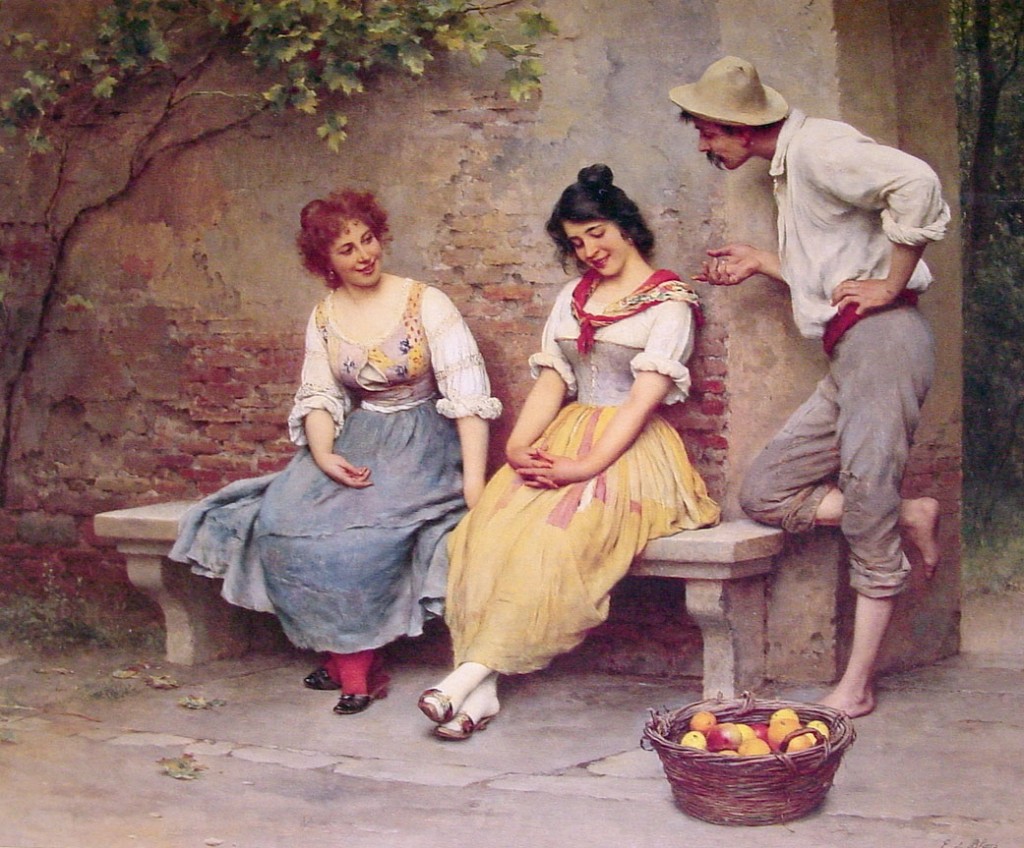 The Flirtation by Eugene de Blaas (image courtesy of Wikipedia)

SEOUL, Feb. 15 (Korea Bizwire) – Nearly four out of 10 married South Korean men were unfaithful to their spouse at least once, a survey said Sunday, making them punishable by a local law on adultery that some say should be repealed.

The survey was conducted in June last year on 2,000 men and women by the Korean Women’s Development Institute (WDI) that operates under the Prime Minister’s Office.

Among male respondents, 36.9 percent said they had a sexual affair with someone else while being married. Among females, 6.5 percent answered the same.

In the survey, 20 percent of the men said they had an affair with a married partner while they were single. For women, the same answer came from 11.4 percent.

KWDI said that under the existing law on adultery, 32.2 percent of the men and 14.4 percent of the women would have been punished, a result it said goes to show that extramarital affairs are not an uncommon phenomenon in the country. Under the law, people who have been unfaithful to their spouses can be jailed up to two years.

Social critics demand that the law be repealed, questioning its effect on preventing adultery and that such law is rare in advanced countries.

But the survey found that 60.4 percent of the respondents believe the adultery law is necessary, although a majority of them (63.4 percent) said a prison term is inappropriate. Some of the proposed alternatives were to give the unfaithful spouse disadvantages in child custody and alimony settlements, monetary compensation and fines.