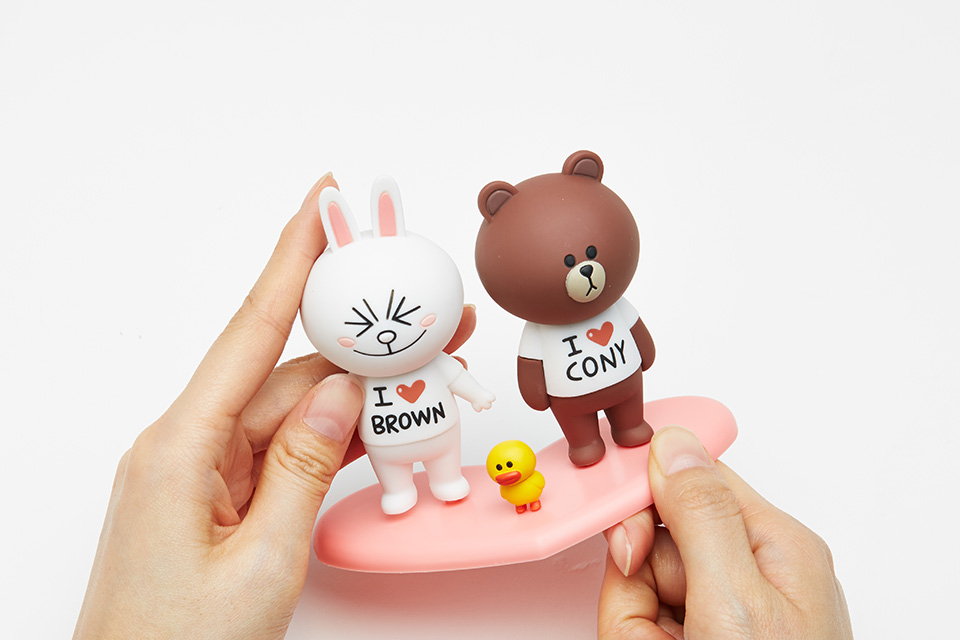 SEOUL, July 31 (Korea Bizwire) – With rapid growth in the character business that features collaborations between the emojis of mobile messengers like KakaoTalk of DaumKakao and Line of Naver, the two largest IT companies in Korea are enjoying the effect of killing two birds with one stone.

As the “Kakao Friends” and “Line Friends” emojis raise brand awareness and gain a favorable image from messenger app users, DaumKakao and Naver are actively employing various business strategies to leverage their popularity.

In the case of Samlip General Food, its top three cash making products were baked goods packaged with collectible stickers of emojis from KakaoTalk. Of particular note, a choco-roll cake featuring the KakaoTalk character ‘Neo’ recorded five billion won in revenue in the first half of the year.

In addition to Samlip, DaumKakao is expanding its emoji franchise business, giving the power of the characters not only to food industry icons including Dunkin’ Donuts and Baskin Robbins, but also to toothpaste and cosmetics brands, banks and card companies.

A market researcher said, “Many have used the taxi-calling app to get the limited edition emojis from KakaoTalk. DaumKakao’s marketing activities using the characters were very fruitful.”

In addition, Line Friends, a subsidy of Naver, is rolling out various products including clothes, stationary, accessories and others featuring Line emojis. The company has seven regular stores in South Korea, Japan and Taiwan. Temporary stores have opened in other countries, including the United States, Hong Kong and Malaysia.

Naver said its efforts to promote Line Friends are focused more on spreading its messenger service rather than generating profits. Regardless, sales from Line’s emoji franchise business came to 221.7 billion won in the fourth quarter of 2014.