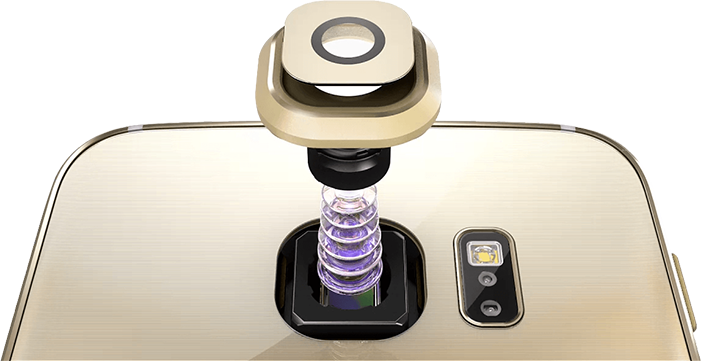 Despite the Galaxy S6 Edge being more expensive to make, however, the retail price of the curved-display smartphone stood at $799.99, cheaper than the $849.99 for the iPhone 6 Plus. (image: Samsung Electronics)

SEOUL, April 15 (Korea Bizwire) — Samsung Electronics‘ latest high-end smartphone, the Galaxy S6 Edge, just released last week, is more costly to build than Apple’s iPhone 6 Plus, but its price tag is lower than that of its archrival, data showed Wednesday.

The combined production cost, including parts and conversion costs, came to US$290.45 for the 64-gigabyte Galaxy S6 Edge, far higher than the $240.05 for the iPhone 6 Plus with the same capacity, according to the data by industry tracker IHS.

“Overall, this is the priciest Samsung Galaxy S series bill of materials to date,” said Andrew Rassweiler, a IHS researcher. “In fact, Samsung seems to have consistently packed more features and cost into their flagship Galaxy S line of phones over the last three generations.”

Despite the Galaxy S6 Edge being more expensive to make, however, the retail price of the curved-display smartphone stood at $799.99, cheaper than the $849.99 for the iPhone 6 Plus, the researchers added. The price is based on data by the U.S. mobile carrier Verizon Communications.

The Galaxy S6 Edge, an offbeat sister of Samsung’s new flagship Galaxy S6, boasts a curved screen that bends from side to side, which allows users to enjoy a wider view.

Industry sources said the market is suffering from shortages of the Galaxy S6 Edge, apparently as the company failed to predict the level of demand and the complicated production procedures for the quirky smartphone.