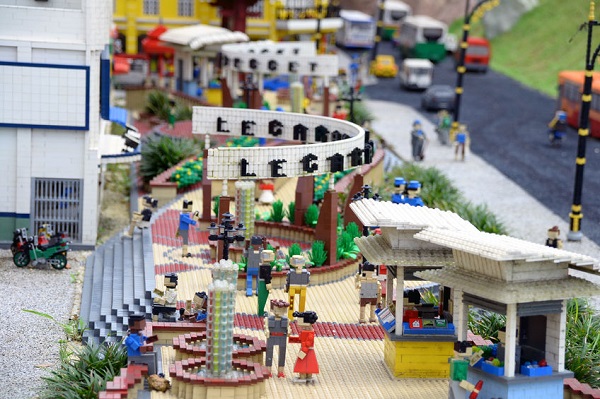 Legoland Korea is slated to open in March 2017 and is expected to create approximately 10,000 good jobs in 2018 alone. (image: Kobiz Media / Korea Bizwire)

Gangwon Province and the Chuncheon city government signed an agreement with LL Development, a special-purpose corporation for Legoland Korea, Serveone, a service affiliate of LG Group, and Korea Employment Information Service, a state-run employment agency, to create jobs through Legoland Korea in the province.

Under the terms of the agreement, the operators hire local residents preferentially for the Lego-themed amusement park. In addition, local-based corporations will be given an advantage to be selected as a partner in operating the Legoland theme park.

Not only that, the consortium is going to cooperate with local colleges to establish new departments related to the 1.3-million-square-meter park such as recreation and tourism services to nurture local talents. The amusement park is slated to open in March 2017 and is expected to create approximately 10,000 good jobs in 2018 alone.

“It is true that Gangwon Province has had few enterprises to create good jobs for local residents,” Choi Dong-yong, mayor of Chuncheon city, said. “Through a plan to connect three attractions including Legoland Korea, Mt. Samak and Samcheon-dong, I hope that Chuncheon city in the province will provide the residents with high-paying jobs,” he added.