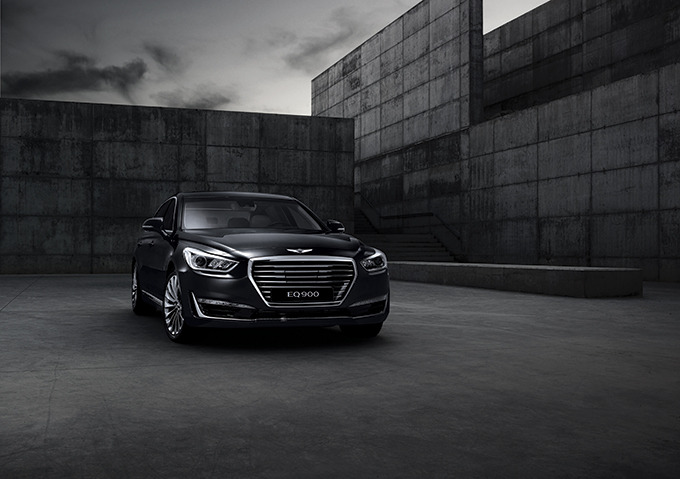 The EQ900 replaces the Equus as the carmaker’s flagship and will be called the G90 in foreign markets. (image: Hyundai Motor)

South Korea’s No. 1 carmaker, which announced its plan to make Genesis a high-end standalone sub-brand last month, said the numbers are unprecedented for such a large car.

The carmaker said since it started receiving preorders on Nov. 23, the number of people that has signed up hit the 10,000 mark as of Dec. 8 and has been moving up by 795 units on average every day. It said at this pace the 15,000 mark will be reached around Thursday or Friday.

The EQ900 replaces the Equus as the carmaker’s flagship and will be called the G90 in foreign markets.

Hyundai said orders received so far are rising at a much faster rate compared with the second generation Genesis sedan that was launched in late 2013 in the home market. The current generation Genesis, which will be rebadged the G80 for future models, took longer to reach the 10,000 order mark.

It said people that placed preorders were 2.2 years younger than previous owners of Hyundai’s Equus, with private drivers accounting for 34 percent of the total. Corresponding numbers for the Equus were 23 percent, with the remainder being bought by companies.’