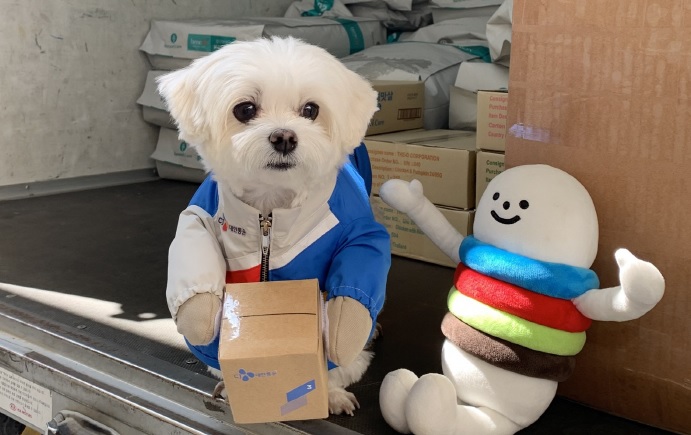 Kyungtae became a publicized figure after its owner was seen carrying the dog on a delivery truck, prompting criticism on an online forum that it was an act of animal abuse.

The criticism soon subsided, after the dog’s owner explained that Kyungtae had been suffering from a separation anxiety disorder, and the dog would howl and bark incessantly if left alone.

The owner has been bringing the dog with him to work ever since.

Kyungtae also turned out to be an abandoned dog that was separated from its previous family in the monsoon season of 2013.

These new revelations about Kyungtae have led to the dog’s growing popularity among CJ Logistics customers. In January, the company appointed Kyungtae as an honorary delivery dog.