BUSAN, Feb. 20 (Korea Bizwire) – In what it anticipates being the first of many, the city of Busan announced it would be holding an MOU signing with representatives from Babcock International and GSC Tech at Busan Metropolitan City Hall on Tuesday.

Planned are the establishment of a South Korean subsidiary based in Busan and an R&D facility over 3,000 square meters.

A participant in South Korea’s Jangbogo III submarine program, Babcock International’s decision is perceived to be a forward thinking move to use Busan as its base of operations in South Korea. 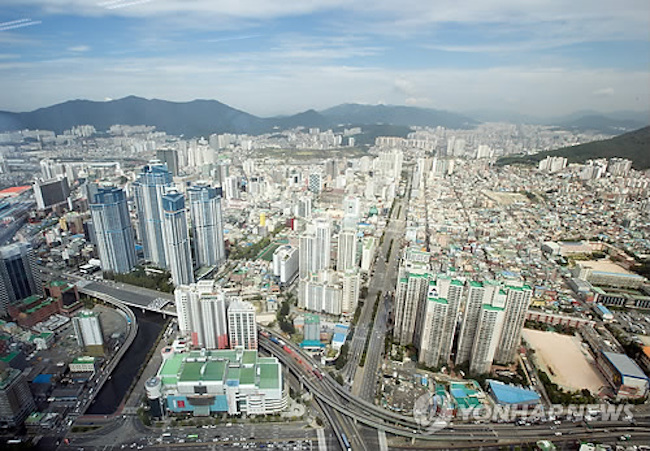 View of Busan from above. (Image: Yonhap)

Seattle-based GSC Tech will likewise look to establish a large-scale R&D bastion in South Korea’s second-largest city. A holder of IP used in dentistry, in Busan GSC Tech joins dental equipment manufacturers such as Osstem Implant and Dio Implant as well as the only dental graduate school in the southwest region, bolstering the city’s drive to develop into a dental industry hub.

Busan expects the investment from these two foreign firms to lead others to follow suit.

Interest in investment has already been expressed by one multinational outdoors brand and South Korean real estate veteran investor Pietro Doran. The former has sent over plans for a major shopping complex to city authorities, while the latter is looking at areas attractive to investors such as the neighborhood around department store Centum City.

A public employee with the Busan Metropolitan Government said, “To generate stable job growth and enhance the competitiveness of local industry, Busan set out to attract corporate investment. With the goal of bringing in 100 companies reached in the last four years, the city has been successful.”

One thought on “Global Firms Invest in Busan”