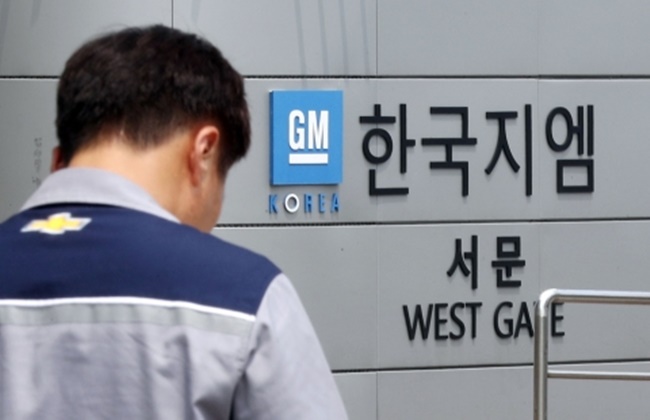 SEOUL, Oct. 12 (Korea Bizwire) – GM Korea Co.’s net losses are set to deepen this year as its domestic sales have fallen sharply due to a lack of new models and lack of progress in labor-management talks over wages, industry sources said Thursday.

“It seems inevitable that the company will post greater net losses this year as local demand (for Chevrolet vehicles) remains weak,” a company official told Yonhap News Agency, asking not to be named.

Last month, GM Korea sold 8,991 vehicles in the domestic market, a 36 percent plunge from 14,078 units tallied a year earlier. Exports rose 0.8 percent to 31,273 autos from 31,035, but this fell far short of offsetting the sharp decline in domestic sales.

In the January-September period, its domestic car sales were down 20 percent to 102,504 units and exports also backtracked 2.3 percent on-year to 299,476, the company said.

As GM Korea enters the 15th year of operations in Asia’s fourth-biggest economy Monday, there are growing concerns among GM Korea workers and the carmaker’s subcontractors that it may opt to exit the country entirely due to poor performances and high labor costs.

The company and its union have yet to complete this year’s wage negotiations, which are suspended until mid-November when a new union leadership is elected.

Observers have said there have been steady rumors that the Detroit-based carmaker could shut down operations if vehicle sales fall further.

In a meeting with reporters last month, GM Korea President and CEO Kaher Kazem dismissed the rumors, saying, “Our team and I are committed to turning around our Korean operations, working with all stakeholders and our partners to improve our competitiveness and profitability.”

GM Korea is playing an important role as a manufacturing, design and engineering base for GM global operations, he said.

Still, GM is widely expected to restructure its operations here to reduce net losses and seek a turnaround. Possible restructuring measures include the sale of some of its domestic plants and job cuts.

In South Korea, GM has four plants, a design center, a technical center and a proving ground for new vehicles.