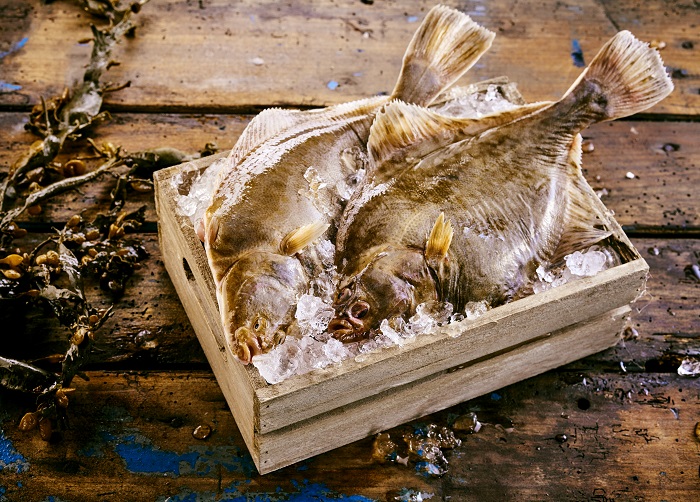 Halibut is a common name principally applied to the two flatfish in the genus Hippoglossus from the family of right-eye flounders. Less commonly, and in some regions only, other species of flatfish are also referred to as being halibuts. (Image credit: Kobiz Media)

SEOUL, Sept. 24 (Korea Bizwire) — An environmentally-friendly method of fish farming that incorporates Information and Communication Technologies (ICT) and is controlled via smartphone will be operated on a trial basis.

The local government of Jeju announced yesterday that it had selected two fishing companies (Haeyeon Fish Farm and Pungeo Corporation) as candidates for an environmentally-friendly fish farm project initiated by the Ministry of Oceans and Fisheries.

Haeyeon Fish Farm will be creating a “smart” and eco-friendly fish farm to produce and manage a variety of gold halibut. Of the 4.8 billion won needed to launch the project, the local and central governments will each contribute 1.4 billion won, leaving Haeyeon to fork out the remaining 2 billion won.

Meanwhile, Pungeo will create fish farm facilities that aim to produce healthy halibut by using ozone therapy. Pungeo will pay for 1.9 billion won of the total 4.7 billion won needed for the project, while the central and local governments will cover the remaining costs.

Both companies will create water filtering facilities that will use either ozone technology or electrolysis to cleanse the water. Each system will also automatically monitor water quality in real-time, allowing fish farmers to check water quality via a smartphone. Experts believe that the eco-friendly facilities based on ICT will act as a new driving force in Jeju’s fish farming sector.

An environmentally-friendly method of fish farming that incorporates Information and Communication Technologies (ICT) and is controlled via smartphone will be operated on a trial basis. (Image courtesy of Yonhap)