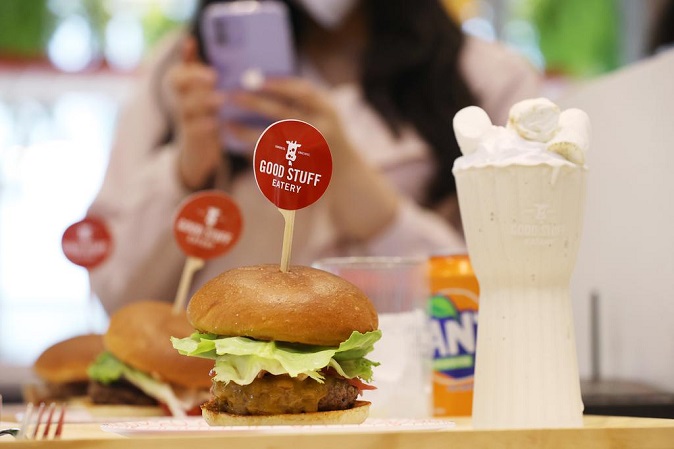 A person takes pictures of a burger from the U.S. handcrafted burger maker Good Stuff Eatery at South Korea’s first restaurant in Gangnam, southern Seoul, on Tuesday, May 31, 2022, the day it opened. (Yonhap)

GSE’s first and only store in Gangnam, brought in by the food unit of Daewoo Development Co., recently announced online that it will discontinue its service by the end of this month.

GSE staff has been notifying customers visiting the store and making phone inquiries that the store will close down.

Daewoo Development, however, denied the announcement, saying that GSE will continue its operation in November.

With a poor sales outlook, however, the company had internal considerations to close down.

Normally, launching a foreign food brand in South Korea involves contracts that require the stores to be run for longer than 12 months. If not, the company will be subject to damages for breach of contract.

It is likely that Daewoo Development had decided to close down the store at first, but thought twice about the decision after learning about the contractual complexities.

The retail industry expects that GSE will retreat from the South Korean market sooner or later.