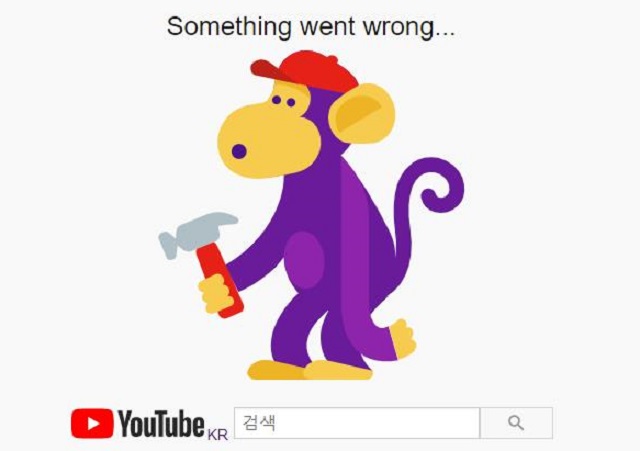 This image captured from the YouTube homepage on Dec. 14, 2020, shows an error message. Google and YouTube services went down on the day, which the U.S. internet giant said was caused by internal storage problems.

SEOUL, Dec. 15 (Korea Bizwire) — U.S. internet giant Google will have to submit a report on its service errors that caused inconvenience to Korean users under the revised telecommunication act, the Ministry of Science and ICT said Tuesday.

Google suffered a global outage as its services, including Gmail, YouTube and Google Calendar, went down between 8:30 p.m and 9:30 p.m. Monday (local time).

Google explained to the ministry that it experienced an authentication system outage for approximately 45 minutes due to an internal storage quota issue.

The company posted a statement on its Twitter account in English, but it did not notify local users.

“We urged Google to notify local users in Korean about the service outage ” the ministry said. “We will take appropriate measures under the Telecommunication Business Act if needed after figuring out the cause of the case.”

Under the revised Telecommunication Business Act, which took effect last week, online content providers, including Google, Netflix and Facebook, are responsible for providing stable services to users and are required to report service errors to the ICT ministry.

Google will have to submit the report by Dec. 30, becoming the first to come under the new regulation, the ministry said.

The government revised the telecom regulations as global streaming giants have recently come under scrutiny over their responses to service complaints despite their growing popularity.