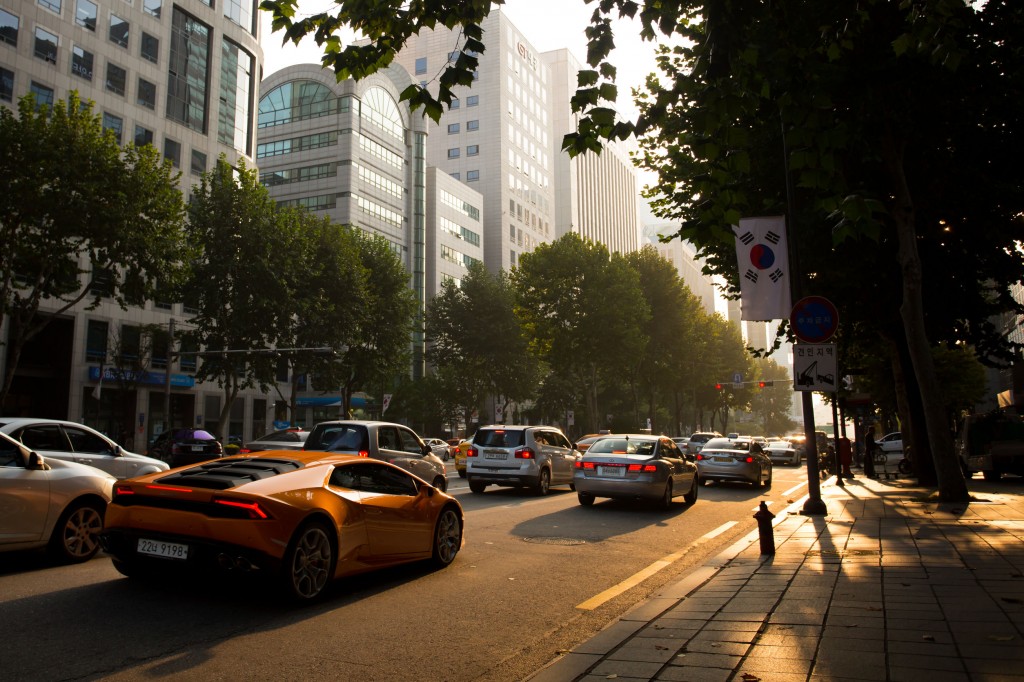 In accordance with an agreement signed Wednesday between the Ministry of Environment and KT, a local telecommunications company, drivers will be able to receive monetary incentives based on their driving habits, which include shortening the distance they travel and refraining from sudden acceleration, braking, and idling.

A pilot project will launch in December, and will be open to 2,000 non-commercial drivers of passenger vehicles and vans on a first-come-first-served basis, until December 2017, an official said.

Drivers can participate in the program via either an OBD (on-board diagnostics) method, or a “photograph method” for collecting driving data. Based on the results after a year, participants will receive up to 100,000 won in cash rewards.

The first method requires drivers to install an OBD device issued by the Korea Environment Corporation and use a KT system that collects driving data, which allows users to obtain real-time information about their driving habits and gas mileage ranking of other drivers also participating in the program using a smartphone app.

On the other hand, participants using the photograph method will have to take pictures of their dashboard on the days they begin and end the program, which will then be compared with their previous mileage to analyze their year-long performance.

Upon finishing the pilot project, the ministry will examine the results and officially introduce the system starting in 2018. The KEC expects the full implementation to reduce carbon emissions by 3.84 million tons in 2020.

“Our goal is to reduce fuel consumption and minimize greenhouse gas emissions,” said a ministry official. “We also expect additional benefits, including the reduction of fine dust, a decrease in the social costs from traffic congestion, and fewer car accidents due to safer driving.”

The Carbon Point System was established in 2009, and offers “carbon points” to participating households and commercial buildings that save on electricity, gas, and water. The points can be redeemed for goods such as public transportation cards and gift vouchers, and can also be used at public establishments designated by local governments.