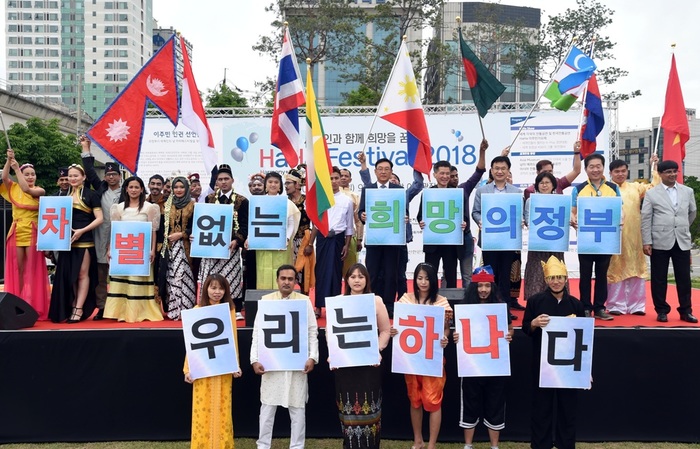 SEOUL, June 10 (Korea Bizwire) — A recent study has revealed that South Korea’s financial support for foreigners tends to focus on multicultural families, and is inciting an unfriendly sentiment among South Koreans against foreigners.

Kim Mi-young, a researcher at Kyung Hee University’s Center for Cross Cultural Studies reported in her recently published thesis that South Korea’s multicultural acceptance scored 52.81 points in 2018, down by 1.14 points since 2015.

She also pointed out that a lack of jobs and rising financial hardships have undermined the perception of immigrants.

Kim noted that 31.8 percent of South Koreans did not want immigrants as their neighbors, surpassing the United States (13.7 percent), Australia (10.6 percent), and Sweden (3.5 percent), and warning of potential xenophobia.

In particular, 74 percent of South Korea’s government spending on foreigners between 2008 and 2010 was allocated to married immigrants and multicultural families, and 13.87 percent to foreign workers, excluding the majority of other groups of foreigners.

“South Korea’s multicultural policy is limited to married immigrants, their families, and foreign workers only, failing to accommodate the full scope of ‘multiculturalism’,” Kim said.

“Unconditional support of multicultural families, without any consideration of their income or assets, has resulted in a controversy of reverse discrimination against South Korean nationals.”