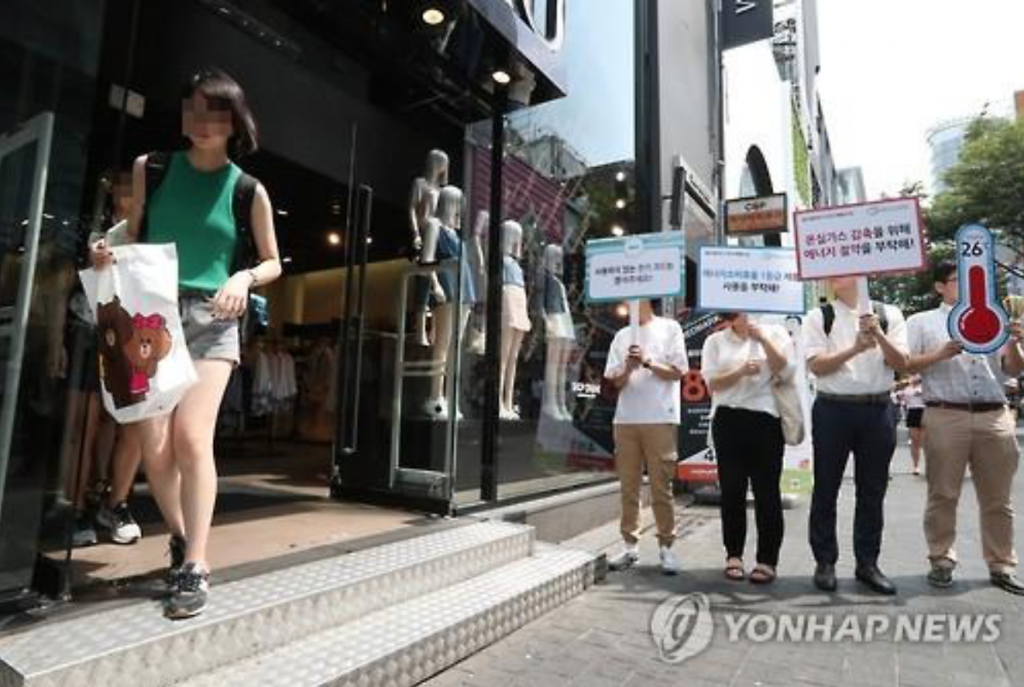 A group of public and private sector officials hold a campaign in Seoul’s Myeongdong district on Aug. 8, 2016, to discourage street-side stores from leaving their doors open with air conditioners on. (image: Yonhap)

SEJONG, Aug. 9 (Korea Bizwire) – As part of energy-saving measures, the government will levy a fine of up to 3 million won (US$2,711.4) on shops, restaurants and other businesses that are caught leaving their front doors open with the air conditioning on, officials said Tuesday.

The crackdown against wasteful air conditioning started earlier in the day and fines will be imposed from Thursday after a two-day grace period, said an official at the Ministry of Trade, Industry and Energy.

The move came as electricity consumption hit an all-time high this week amid a drawn-out heat wave.

Chae Hee-bong, head of energy resource division at the ministry, told reporters, “There is the need to cope with a possible problem in the supply of electricity as electricity demand hits all-time highs.

“So, the government decided to crack down in earnest on businesses that leave their doors open while their air conditioning is on,” Chae said.

The crackdown will end on Aug. 26.

If a store is found failing to keep its front doors shut while the air conditioning is on, it will first receive a warning without a fine.

If the figure falls below 5 million kilowatts, a state alarm is automatically issued.