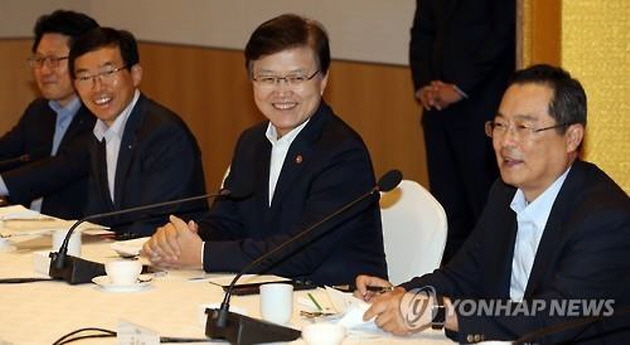 SEOUL, Aug. 28 (Korea Bizwire) — South Korea plans to invest around 5.7 trillion won (US$4.83 billion) over the next five years to help nurture the fifth-generation (5G) network, unmanned drones and other high-end technology.

Under the plan, the Ministry of Science, ICT and Future Planning will allocate the budget in 19 industry areas.

“The government will spearhead investment on research projects, and improve rules and regulations to provide companies with more leeway in doing business,” ICT Minister Choi Yang-hee said in a meeting with industry officials.

During the meeting, Koo Ja-yeol, who heads LS Group, the country’s major electricity materials supplier, cheered the ministry’s move, adding that such support is needed amid the prolonged economic slump in China and South Korea.

“Local companies have been facing troubles as rules and regulations failed to support businesses,” Koo said. “The government must continue its communications with companies to overcome huddles.”