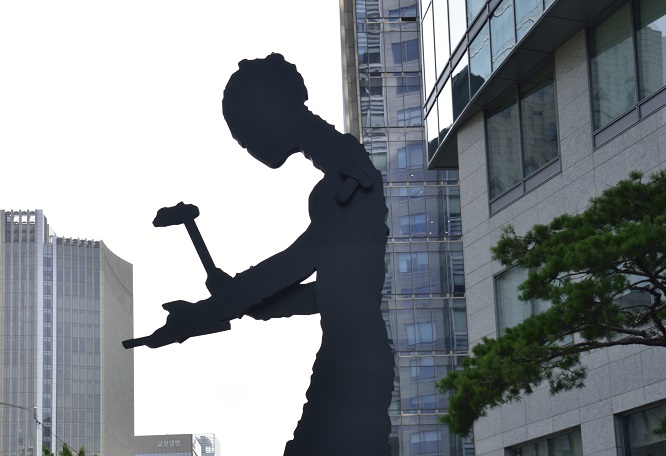 The sculpture was set up in front of the Heungkuk Life Insurance building in Jongno District in 2002 to become Gwanghwamun’s most represented landmark.

It is a serial artwork by American sculptor Jonathan Borofsky. The 3.4-meter-tall “Hammering Man” first appeared in 1979 at an exhibition in New York. Since then, the Hammering Man made a series of appearances in Seattle, Dallas and Frankfurt in Germany.

Among all of Borofsky’s sculptures, the 22-meter-tall Hammering Man in Gwanghwamun is the largest of its kind, weighing 50 tons.

The Hammering Man makes a hammering action once every 35 seconds between 8 a.m. and 7 p.m. on weekdays. 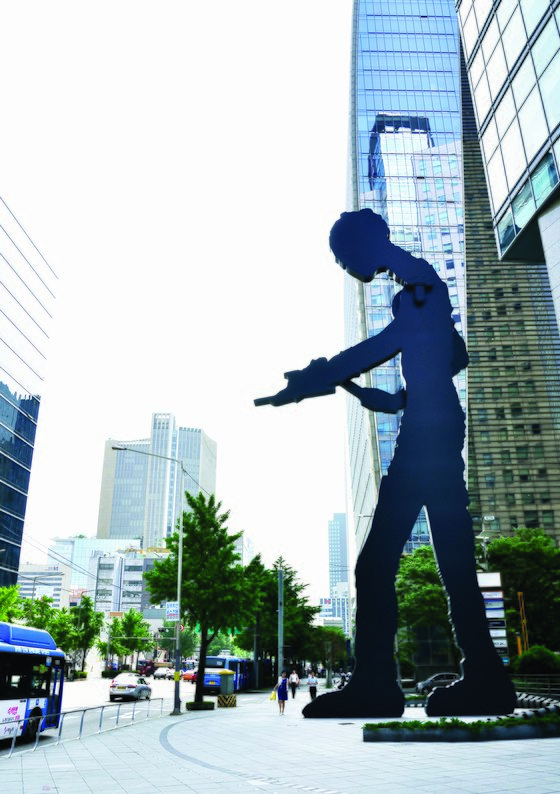