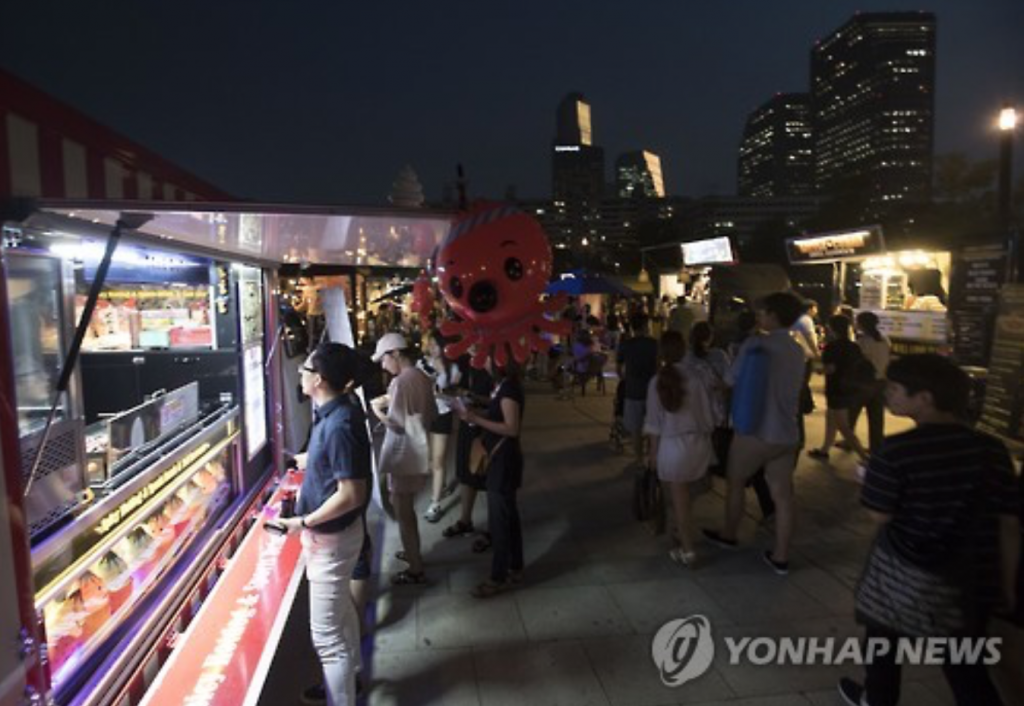 The province has been encouraging food truck enterprises in its cities as part of its endeavor to create more jobs for youth and those in the lower income classes. (image: Yonhap)

SUWON, Sept. 23 (Korea Bizwire) – Gyeonggi Province’s efforts to encourage food truck businesses will soon expand to “food bicycles” or “food bikes”. The province has been encouraging food truck enterprises in its cities as part of its endeavor to create more jobs for youth and those in the lower income classes.

Following the province’s official request, the government is evaluating a potential revision to the Food Sanitation Law to allow the operation of food bikes, said a provincial official. At the moment, food bikes are only allowed for limited operation at festivals and special events with approval from the relevant local government.

“There are currently no regulations related to food bikes, so we’re trying to make an amendment to the law,” an official said. “Bicycles have easier access to narrower streets compared to trucks, and the cost of startup and maintenance is very low.”

It costs approximately 30 million won ($27,203) to start a food truck business, whereas 3.5 million won is needed for a food bike.

“Food bikes have already begun to pick up popularity among young entrepreneurs in developed countries like the U.S. and the U.K.,” he added. “They have the advantage of a lower risk of failure, with more room for trial and error.”