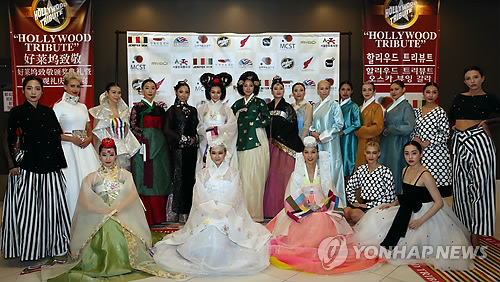 Some 200 renowned celebrities from China, Korea and the U.S. joined the show titled, “Multicolored Stripes; Tinged with Korea Colors in Oscar,” where five hanbok designers showed off their talents. Jennifer Mok, who was invited to the award ceremony, directed the show, which exhibited a total of 37 hanbok featuring a variety of designs. 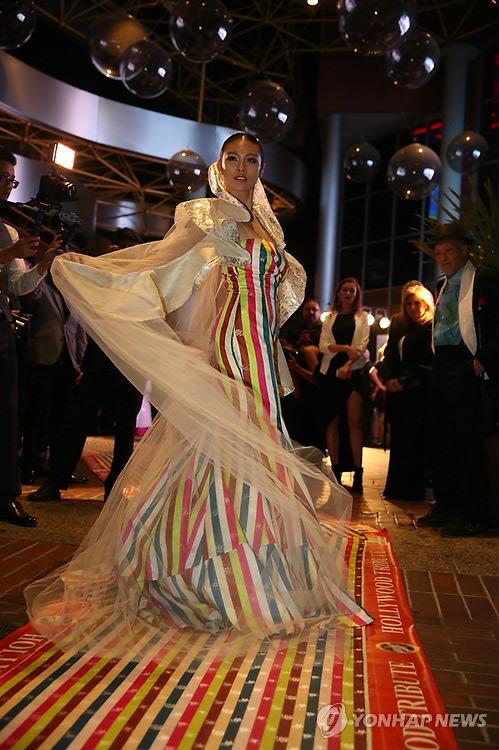 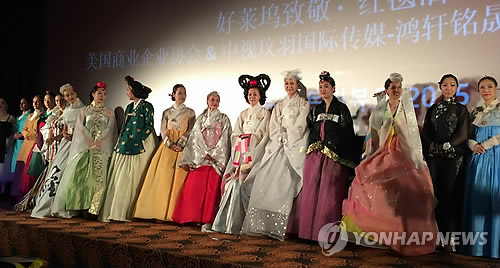 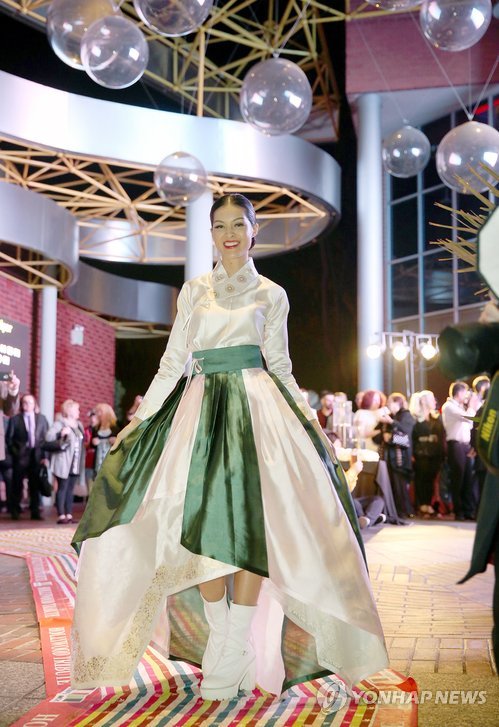