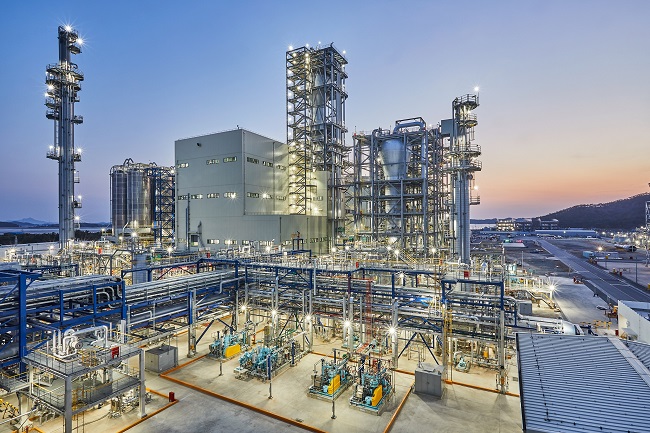 SEOUL, May 5 (Korea Bizwire) — Hanwha Total Petrochemical Co. said Wednesday that it has completed a 530 billion won project to boost production capacity of polypropylene and ethylene in South Korea.

The company invested 380 billion won (US$337 million) in building a new polypropylene line with an annual capacity of 400,000 tons at the Daesan petrochemical complex in Seosan, some 120 kilometers southwest of Seoul.

The project raised to 1.12 million tons the company’s annual production capacity of polypropylene, a material used in manufacturing of high-value-added, durable goods for specialty applications such as underfloor heating pipes and automotive parts.

These projects marked the culmination of $1.3 billion investments meant to expand production capacity at the Daesan complex, according to French energy giant Total.

“The successful completion of these projects in South Korea is an excellent illustration of our strategy of meeting growing global demand for polymers, especially for durable applications, by focusing investments on our world-class complexes. In the case of Daesan, we also leverage competitively priced feedstock and monomer-polymer integration,” Bernard Pinatel, president of refining and chemicals at Total, said in comments posted on the company’s website.

Hanwha Total Petrochemical is a 50-50 joint-venture between Hanwha and Total.