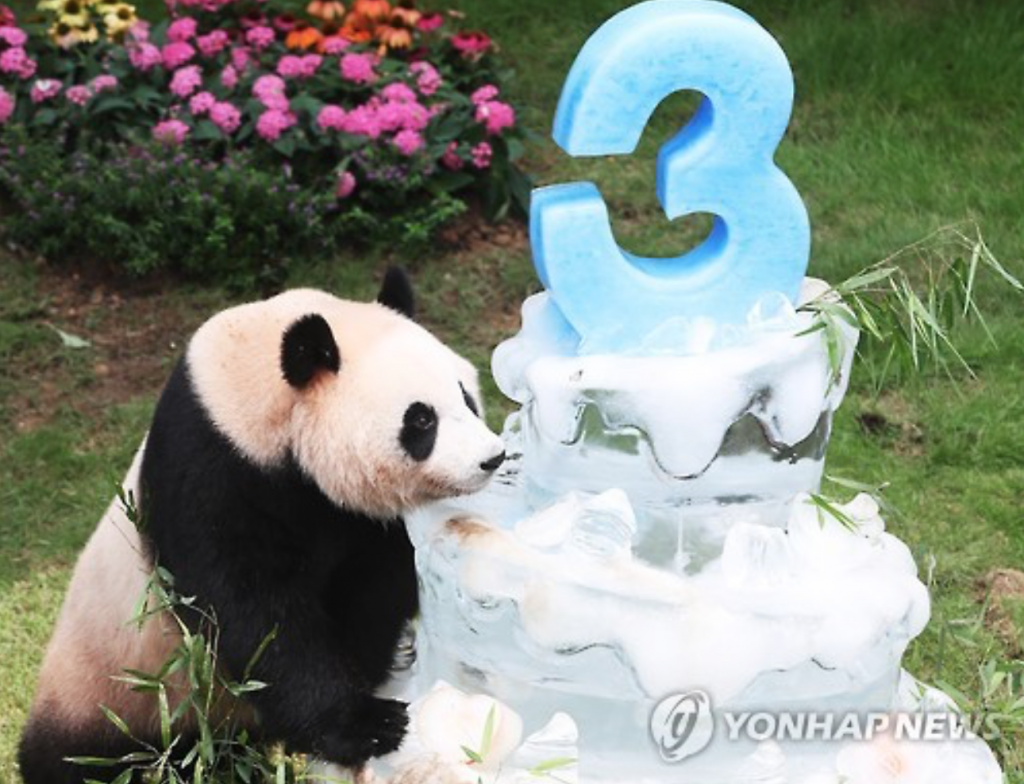 YONGIN, July 11 (Korea Bizwire) – Two pandas at Everland were presented with special treats Sunday to celebrate their upcoming third and fourth birthdays. Ai Bao (lovely treasure) and Le Bao (pleasant treasure) are Chinese giant pandas who flew some 2,400km to Korea from China a little over four months ago on March 3.

The female panda, Ai Bao, turns three on July 13, while Le Bao, Ai Bao’s male companion, will turn four on July 28. And as birthday gifts, Everland presented the pandas with a three-tier cake made of bamboo and ice, along with slides, roly-polys, and a hammock for their leisure entertainment. 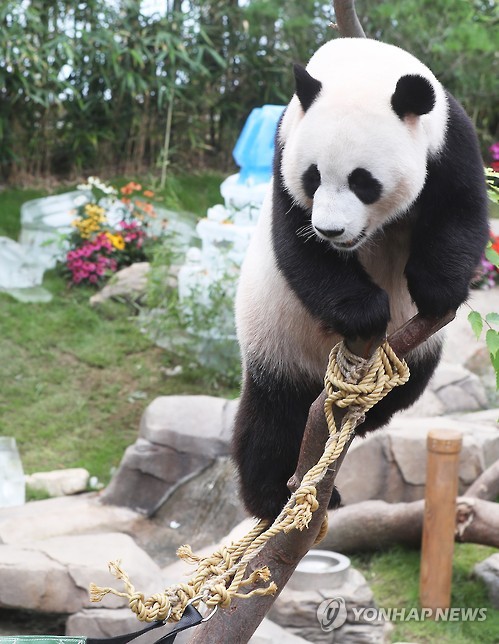 Sending pandas to foreign countries has long been part of China’s diplomatic efforts, with the “panda diplomacy” typically acting as a gesture of friendship.

The giant panda is an endangered species native to south central China, and an estimated 2,000 of the bears are known to be living in the wild. 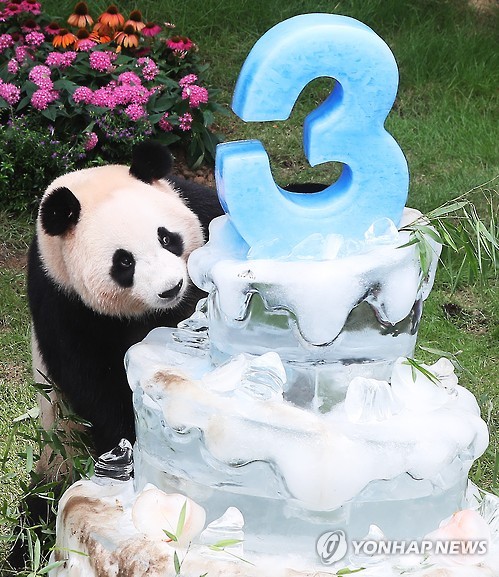 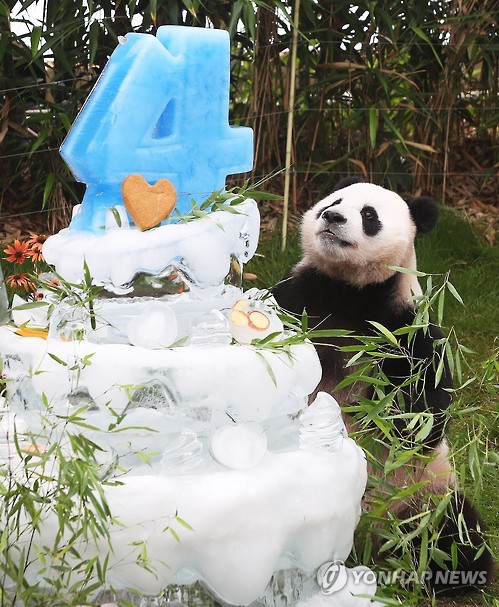 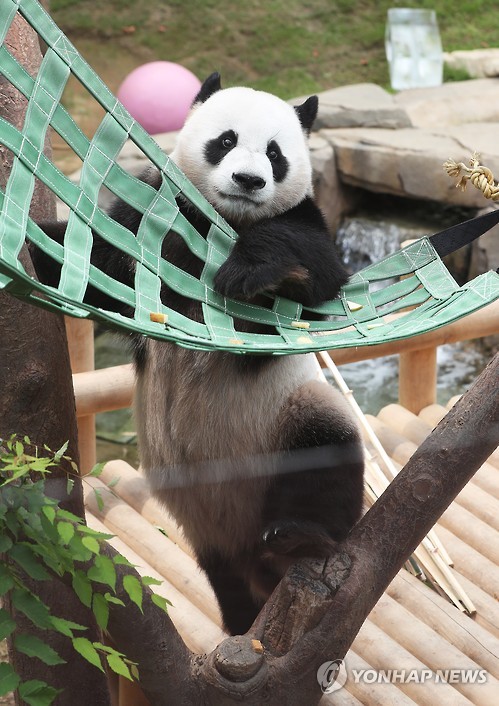