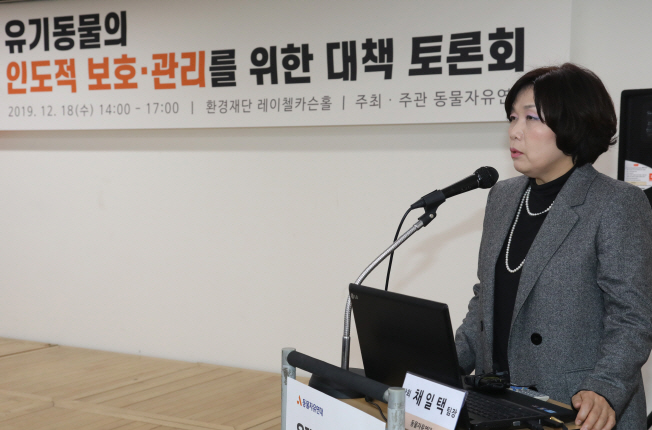 SEOUL, Dec. 20 (Korea Bizwire) — An increasing number of animals have died of natural causes at animal shelters across the country.

A total of 102,915 animals died of natural causes at local government-run abandoned animal shelters across the country between 2015 and 2018, according to findings by the Korean Animal Welfare Association (KAWA).

The euthanasia rate, on the other hand, fell 10.7 percentage points to 20.2 percent from 30.9 percent during the same period.

However, the problem still remains. Even with a lower euthanasia rate, it is hard to say that the life of abandoned animals has improved.

Rather, living conditions at shelters are getting worse as more and more abandoned animals need to be protected.

“Among the causes of natural death, only 1.7 percent were attributed to old age, compared to 33.7 percent from illness and 13.8 percent from accidents or injuries,” said Cho Hee-kyung, president of KAWA.

According to the research on actual conditions, most local government shelters did not test for diseases or properly administer treatment when accepting animals.

Basic medical treatment such as vaccinations and anthelmintics were also in short supply.

Making the matter worse, some shelters also had very poor sanitary conditions, with animal carcasses or excrement left in the animals’ living space.

“Considering the current regulations on animal shelters, the structure is enforced, but the management method of each local government is determined autonomously in accordance with the local government’s situation,” Cho said, stressing that the system should be overhauled to ensure that animals receive at least a minimal level of care.