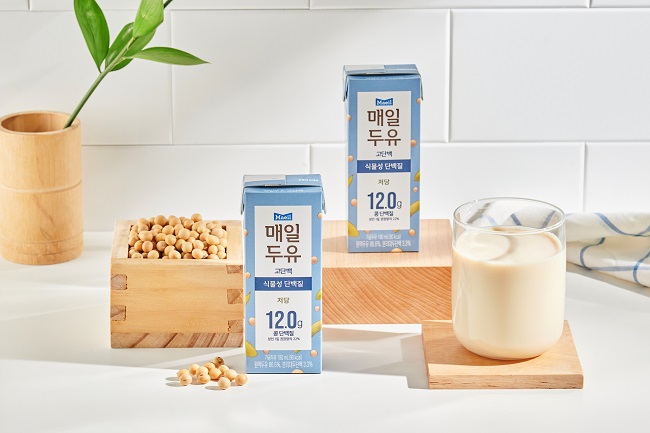 SEOUL, July 6 (Korea Bizwire) — High-protein foods, which were once regarded as fuel for health nuts trying to build muscle, are now gaining popularity even among ordinary people.

Maeil Dairies Co., a major Korean dairy company, saw sales of its high-protein soy milk released in May surpass the 1 million unit milestone after only one month.

Confectionery maker Orion Corp. has seen sales of its ‘Dr. You Drink,’ a protein drink that the company released in June 2020, surpass 6.9 million units, achieving revenues of 7.4 billion won (US$6.53 million) in a single year.

In recent days, food companies are also rolling out bar-type protein products and snacks. In mid-June, Dongsuh Foods Corp. released a cereal bar that is a mixture of protein, nuts, dried fruit and chocolate.

Lotte Confectionery Co. released a high protein snack last month with a single bag of the chips (100 grams) containing 12 grams of protein, equivalent to the protein contained in two eggs.

Unlike in the past when protein supplements had to be consumed by mixing a powder with water or milk, it is now easy to buy ‘finished products’ at convenience stores or online shopping portals.

“Thanks to growing interest in health, consumers are looking for protein products as healthy foods. As the summer approaches, protein foods are also rising in popularity as diet products,” an industry official said.