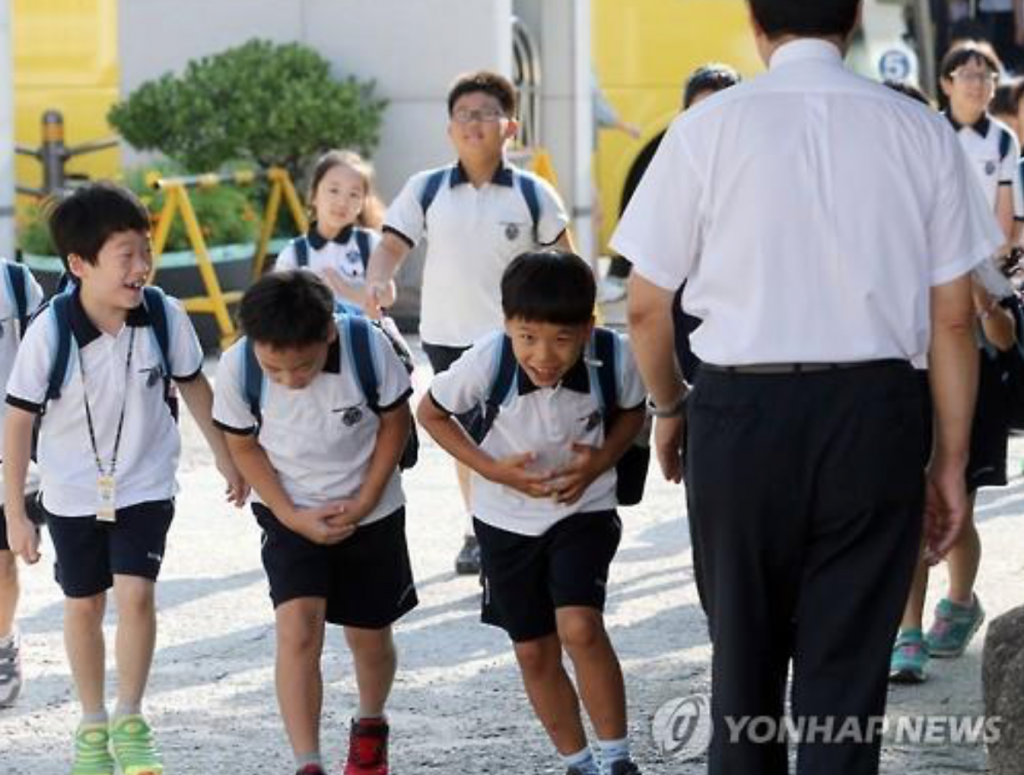 Students bow to their teacher at Shingwang Elementary School in Seoul’s Yongsan Ward on Aug. 17, 2015, as they returned to school after summer vacation, which ended the previous day. (image: Yonhap)

SEOUL, Aug. 30 (Korea Bizwire) – The Seoul city education office said Tuesday it will ban elementary schools from giving homework to lower grades starting next year, a move aimed at lightening the burden on households and strengthening the role of public education.

The measure is part of a broader plan rolled out by the Seoul Metropolitan Office of Education to curb the expansion of the private education sector which is putting considerable financial strain on households.

Many students in South Korea, which has one of the most competitive education environments in the world, head to private institutes after school hours to study what they will learn one or more semesters down the road at school.

While giving homework to certain students to help them keep up with their class will be allowed at individual teachers’ discretion, the education office said uniformly handing out assignments to everybody will be prohibited.

Teachers will also be barred from handing out penalty points or other similar punishment to students for not completing their homework, it said.

“This policy is an expression of our strong will to make sure that everything can be handled within the public education system, without the need of prior learning (at private institutes),” said Cho Hee-yeon, superintendent of the office.