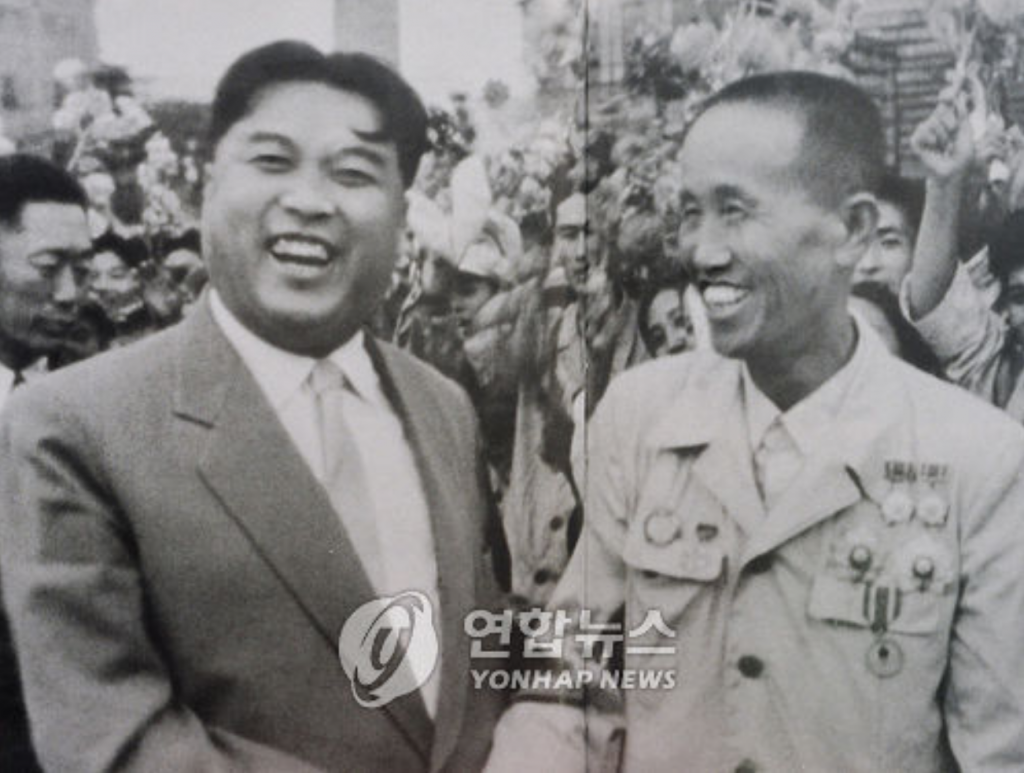 “Kim Il-sung is still young and there are no rumors of him being sick, but he’s getting bigger by the day. Sources say he might even fall dead from being too fat.” (image: Yonhap)

SEOUL, March 27 (Korea Bizwire) – What the current leader of North Korea, Kim Jong-un, learned from his forefathers is not just their autocratic means to control the public – he also inherited their plump physique that has often been subject of mockery outside the country’s isolated regime.

A 1960 article by a South Korean newspaper, Kyunghyang Shinmun, ridicules Kim Il-sung, North Korea’s first supreme leader who was 48 at the time, describing him as a “roly-poly.”

“Kim Il-sung is still young and there are no rumors of him being sick, but he’s getting bigger by the day. Sources say he might even fall dead from being too fat,” the article wrote.

The sources were wrong, of course. North Korea’s first ruler lived till 1994, when he was 82, which is higher than the average life expectancy, but its hard to say he enjoyed longevity considering the rigorous health care he reportedly received from the country’s top medical experts. Kim Il-sung died of a sudden heart attack less than three weeks before the South-North summit talks with former South Korean President Kim Young-sam.

His successor, Kim Jong-il, was also marked by his corpulence, and his rule was much shorter than his father’s. Similar to his father, the second supreme leader died unexpectedly on 2011 at the age of 69 on a train to an inspection site. 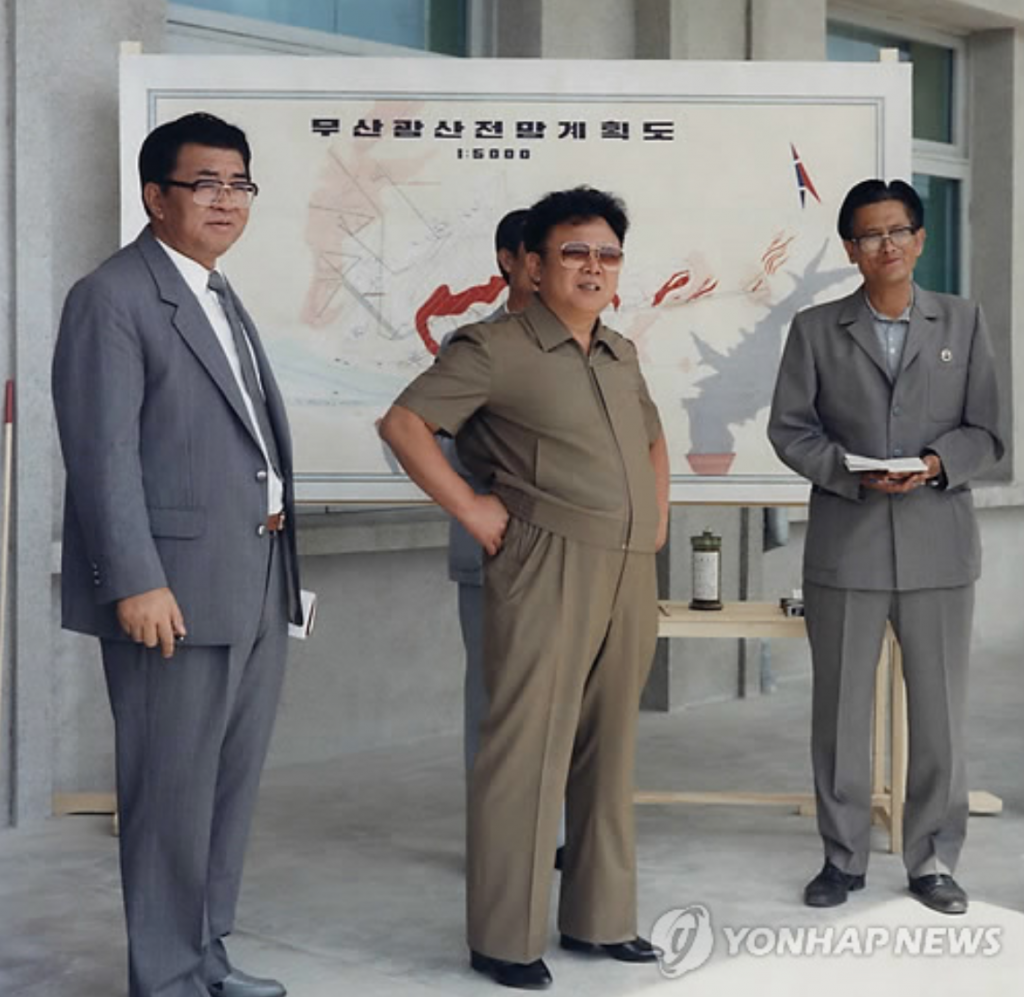 His successor, Kim Jong-il, was also marked by his corpulence. (image: Yonhap)

Taking command after him was the current leader, Kim Jong-un, and he is by far the biggest of the three Kims. He is speculated to be 170 to 172 centimeters tall. Although he initially weighed about 90 kilograms at the beginning of his regime, he now tips the scales at roughly 130 kilograms, according to information from the National Intelligence Service released last year.

Together with genetic factors, local experts suggest a high-calorie diet, lack of exercise, and stress as the country’s ruler as some of the main elements leading to the Kim family’s legacy of obesity. 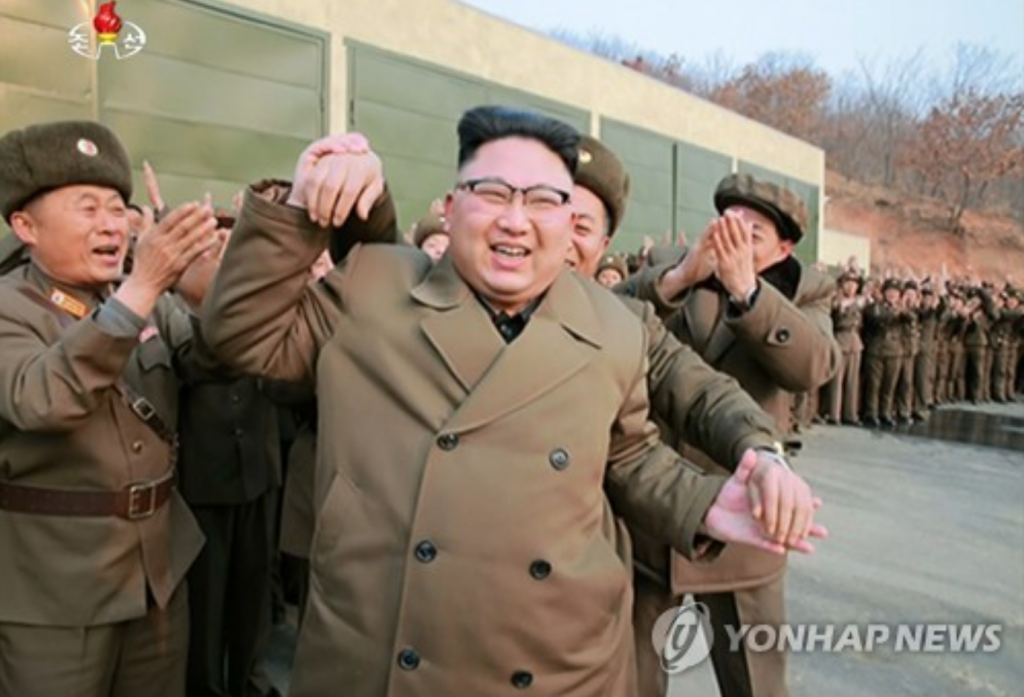 Taking command after him was the current leader, Kim Jong-un, and he is by far the biggest of the three Kims. (image: Yonhap)

Family medicine professor Oh Sang-woo at the Dongguk University Ilsan Hospital attributes the Kims’ obesity to their lifestyle and diet, saying that they’re exposed to extreme stress, which can trigger the condition, in a one-man regime like North Korea.

“They’re exposed to a fatty diet accompanied by high consumption of alcohol, a recipe for obesity,” he said. “I’m not sure if it’s because Kim Jong-un’s too busy running his country, but it doesn’t seem like he gets much exercise either.”

“There’s a clear relationship between genetics and obesity,” adds professor of internal medicine Ahn Chul-woo at the Gangnam Severance Hospital. “In general, there’s about a 30-percent correlation between the two.”

The greater concern for the physique of the dynastic leaders, though, is that their health can play a significant role in the state of affairs of the Korean Peninsula. Obesity not only breeds other medical complications, but can also affect one’s personality, which can be crucial for a country where the leader makes all the big decisions.

“Obesity isn’t just about one’s physical shape or appearance. It’s a disease,” Ahn said. “It is closely associated with diabetes, and can cause various lifestyle diseases such as high blood pressure and hyperlipidemia.”

Oh also warns that being obese at an early age, as is the case for Kim Jong-un, can cause obstructive sleep apnea, which can result in sudden death in worst cases. “Over time, obesity can lead to myocardial infarction and stroke, or even cancer,” he added.