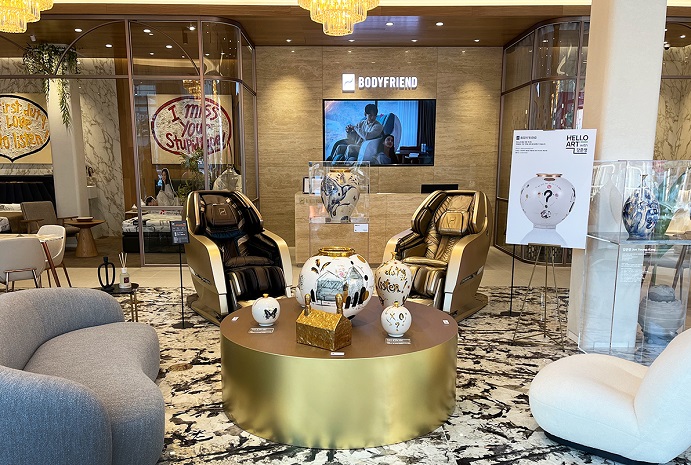 SEOUL, May 16 (Korea Bizwire) — Home appliance and furniture makers are transitioning their focus to offline stores after enjoying an unexpected surge in sales over the past two years during the pandemic era, introducing new marketing strategies that focus on “experiential stores.”

The country’s top massage chair maker Bodyfriend began to place artworks in a number of stores.

At the company’s store in Busan’s tourist district of Haeundae, which opened in February, Bodyfriend showcased some 30 artworks including those by modern artist Kang Jun-young along with other canvas paintings for the enjoyment of customers visiting the store to try out various massage chairs.

Customers can try out spine-correcting devices and massage chairs within a virtual forest.

“Trying out the products themselves, rather than listening to what the employees have to say, is more effective in boosting brand value and customer loyalty,” Ceragem said.

Bed maker Ace Bed is increasing the number of “Ace Square” stores, large-sized experiential stores set up in major locations in the country.

Ace Bed’s 32nd store, which opened in Suncheon, South Jeolla Province last year, is 960 square meters in size and offers customers the chance to try all of the showcased mattresses to pick what best caters to their sleeping patterns.