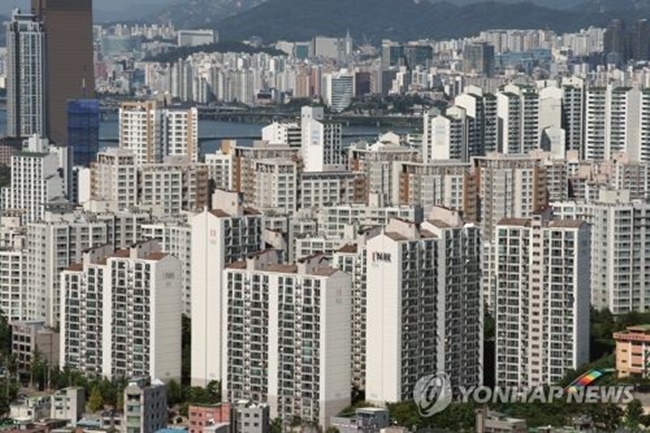 The annual data released by Statistics Korea said 10.7 million households out of 19.36 million across the country owned homes in 2016. (Image: Yonhap)

The annual data released by Statistics Korea said 10.7 million households out of 19.36 million across the country owned homes in 2016.

The data also showed that the total number of houses across the country stood at 16.69 million units. Among them, apartments took the lion’s share with 10 million.

The latest data is a reminder that apartments are the most favored type of dwelling by South Koreans in a densely populated country.

Statistics Korea said 56.4 percent of those homeowners are men and the rest are women in 2016. The rate of female homeowners rose steadily for four years in a row since logging 41.4 percent in 2012.