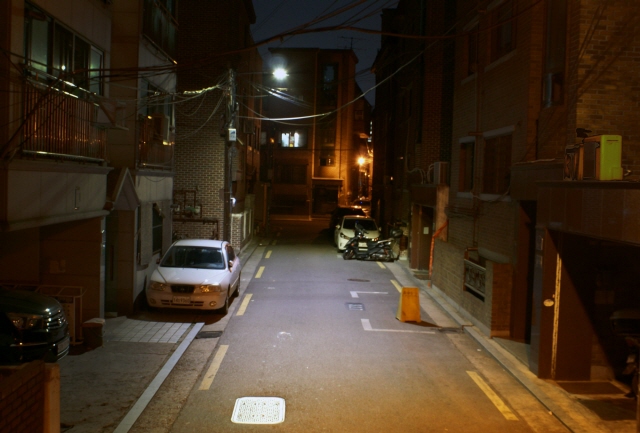 Streets where lights such as streetlights and security lights are installed have a reduction of about 16 percent in the five major crimes. (Yonhap)

The National Police Agency and the Architecture and Urban Research Institute analyzed the number of crimes committed before and after installing crime prevention facilities at the same unit around the Seoul Metropolitan Government building and Gongneung 1 and 2 dongs in Nowon District.

The results showed that streets where lights such as streetlights and security lights are installed have a reduction of about 16 percent in the five major crimes such as burglary, theft, murder, sexual violence and violence that occur at night.

The number of emergency calls related to disorderly conduct such as drunken brawls and juvenile delinquency dropped 4.5 percent.

Furthermore, where CCTV cameras were installed, crimes committed at night fell 11 percent within the monitoring range of 100 meters.

When a joint front-door lock is installed on the first floor of an apartment building, crime has occurred 43 percent less frequently.