According to data released by Korean Click, 11st took the No. 1 position among online retail sites in terms of unique visitor numbers for the month of May. (image: 11st)

SEOUL, June 25 (Korea Bizwire) – Korea’s homegrown online retail brand 11st is growing by leaps and bounds. According to data released by Korean Click, 11st took the No. 1 position among online retail sites in terms of unique visitor numbers for the month of May. Its rank in all Internet website was No. 4 after the giants like Naver, Daum, and T Story.

The total number of visitors for May including those visiting the mobile site was 16.5 million. That means as many as four Internet users out of ten in Korea have visited the 11st site at least once during the month. Of these, more than 30 percent preferred to shop in the mobile site.

The popularity of the retailer is backed up by the degree of customer satisfaction put out by the Korea Consumer Agency in January this year. According to the state-run agency based on a survey on four major Internet retailers, 11st was ranked No. 1 in customer satisfaction by scoring 3.67 out of 5.0 together with G-Market. In terms of satisfying the customer’s needs, fast feedback, and timely delivery and compliance with promises, the company won the highest marks.

In a survey by Brand Stock held in March this year, 11st was ranked No. 1 in brand value and No. 4 in the retail category, followed by brick-and-mortar behemoths like E-Mart, Lotte Department Store, and Lotte Mart. 11st earned higher scores than HomePlus and Shinsegae Department Store.

For the past few months, online shopping purveyors have suffered severely from the ferry sinking incident and other factors that put consumer confidence to the bottom. The daily unique visitor numbers have declined by as much as 900,000 in some cases.

According to Nielsen Korean Click, the number of unique visitors (including mobile site visits) to 11st, G-Market, and Auction during the month of May fell by 290,000, 640,000, and 50,000, respectively, from the previous month.

Although this was not as severe as social commerce sites, it was big enough for the online retailers to feel the pinch from the tragic accident and the ensuing atmosphere of national mourning and anger. After June, it seems that the market is picking up.

What’s the Secret of 11st Success?

The company said its success lies in the fact that it has established a mobile-friendly interface earlier than any other rivals. For example, the company began offering a “data free” program for users who feel their limited data allowance makes it hard to shop at the company’s mobile website. Since the launch of the program, it saw its page view number on the mobile site double in May. 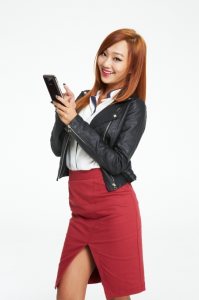 The company said its success lies in the fact that it has established a mobile-friendly interface earlier than any other rivals. (image: 11st)

In November last year, the company opened a “Baro Mart” (baro means “right away” in Korean) for necessities such as rice, baby formulas, ramen, and mineral water so that members could shop easily without having to make comparison shopping. Its so-called “Day Marketing” was quite effective.

For example, on the “Mileage Day” that falls on every 22nd of the month, 11st offered its members an 11-percent discount with the mileage points they have. On the “M Point Day” on every 16th of the month, it gave special discounts to Hyundai M Point Card holders.

In terms of unique visitor number, brand value, and mobile shopping convenience, 11st excelled over any other retailers. It remains to be seen whether the company could keep its top position in the face of the impending landing of the world’s biggest online retail monster Amazon.