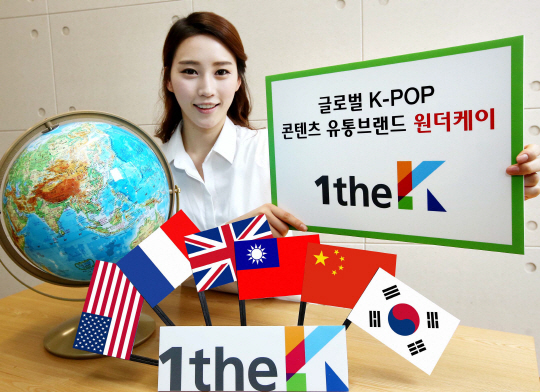 1theK aims to create a wider fan base for K-pop songs and other entertainment contents among global audiences.(image:LOEN Entertainment)

SEOUL, July 9 (Korea Bizwire) — “1theK” (pronounced as “wonder kay”), the YouTube K-pop channel, said on July 8 that it broke the 1-billion viewer number and unveiled a video “Thank You for 1 Billion Views” celebrating the milestone. 1theK aims to create a wider fan base for K-pop songs and other entertainment contents among global audiences.

LOEN Entertainment, the company responsible for the 1theK service, said, “There are only five Korean YouTube accounts that achieved the 1-billion viewer number. This is a meaningful accomplishment given it is an outcome of collective effort by K-pop artists and production companies.”

1theK provides a variety of exclusive contents, including “Let’s Dance,” a tutorial for beginning K-pop fans who want to learn to dance along to the K-pop tune, “#hashtag,” an artist interview series, and “Ask in a Box,” a Q&A session in which popular K-pop stars answer fans’ questions.

For example, two episodes of “Ask in a Box” in which Exo-K appeared recorded 1.2 million views. In consideration of its viewer base coming mostly from overseas, all 1theK videos carry foreign language subtitles. By region, most 1theK viewers come from Asia, followed by North America and Europe. Viewer numbers from South America, Africa, and Oceania are also increasing rapidly.