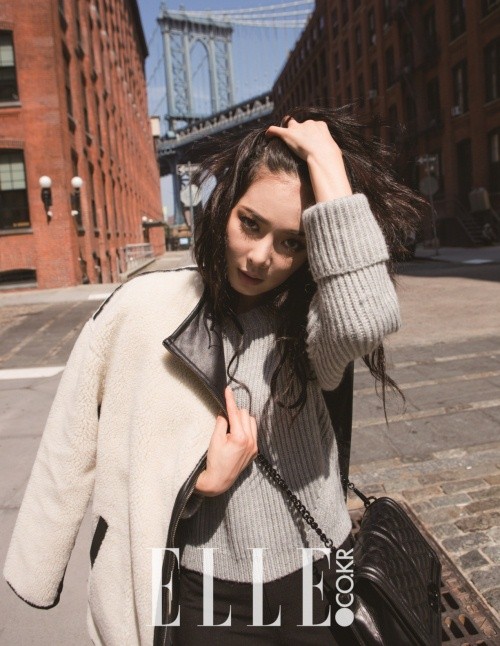 4Minute’s HyunA showed her sexy body for a photo shoot in New York for the November issue of Elle. (image: Elle)

SEOUL, Dec 4 (Korea Bizwire) – Korean singer and fashion model Kim Hyuna, often performing under the mononym Hyuna, was featured in the November issue of Elle the fashion magazine in America. She was pictured wearing dresses designed by Rebecca Minkoff on the streets of New York in a variety of postures, including walking on the street and leaning on a column or a bridge railing showing off her bewitching look.

The photos showed the chic feminine beauty of her in naturally braided hair and a knit or leather skirt. In others she created a stylish street look in a nonchalant manner. A photo taken on the hood of a car attracted a particular attention for its bold, sexy poses.

Earlier in September this year, Hyuna proved her fame as one of the world’s best fashionistas by taking part in the 2015 Rebecca Minkoff Spring/Summer Collection Show.