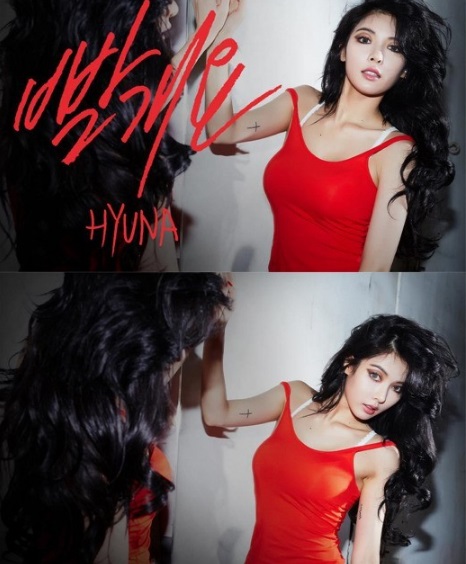 SEOUL, Jan. 6 (Korea Bizwire) – Hyuna’s ‘RED’ music video ranked fifth on Rolling Stone’s list of the best music videos of 2014. The Korean singer is the only Asian artist on the list. Rolling Stone wrote that Hyuna’s RED is a K-pop hit “switching from trap and hip-hop to bubbly pop” and that the music video did a good job following the song’s rapid changing moods.

Hyuna’s bewildering charm and charismatic performance gained her a lot of attention since her debut. SPIN, a music magazine, selected her single ‘Bubble Pop’ as one of the best pop tracks of 2011. The article and her appearance in the ‘Gangnam Style’ music video also put her on the map in North America.

Billboard magazine’s Jeff Benjamin described her music video as a “must-watch new visual,” adding that Hyuna is establishing herself as a global pop brand.

Hyuna’s ‘RED’ is currently a candidate for the best song at the 2014 Golden Disk Awards that will be held in Beijing on January 14. She is scheduled to perform ‘RED’ at the ceremony.

The popular music video has been also said to be too sexy for Korean TV, and has been raising the eyebrows of cautious TV viewers. The Korean music program “Inkigayo” decided not to show any footage of ‘RED’ as it was deemed to be inappropriate for underage viewers.