“The target customers for the newly introduced Aslan are those potential buyers in their 40s and 50s who seek smarter and more reasonable consumption. We rolled out the brand-new model as many customers wanted quieter and wider interior space with front-wheel drive.”

“Even German car makers are increasing the share of front-wheel models in their line-ups beginning with Audi. Starting with the Aslan, Hyundai Motor will try to solidify its position in the upscale front-wheel drive car market.” 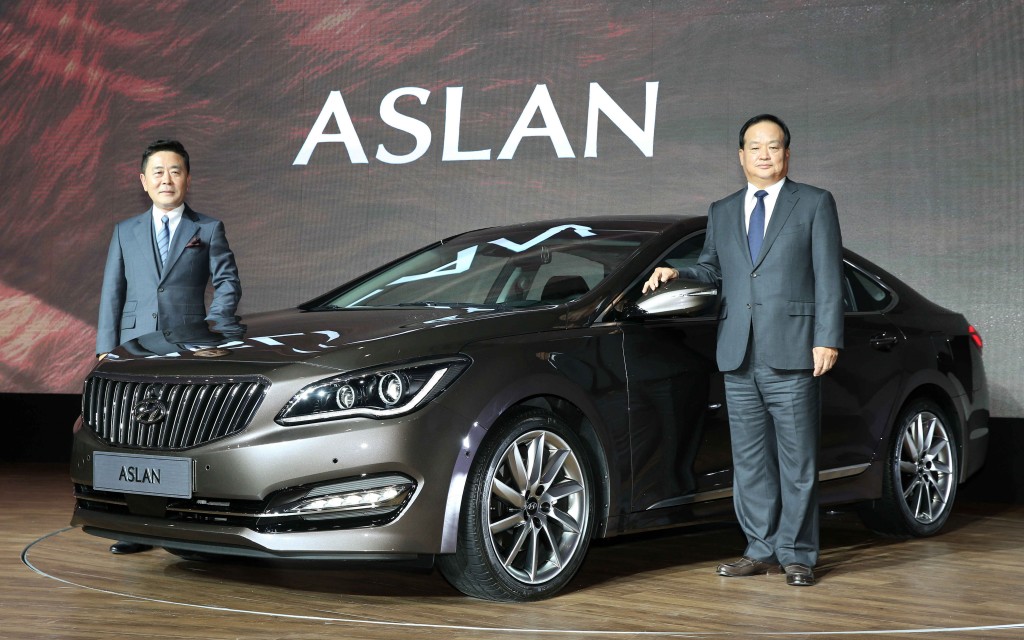 The Aslan, which means lion in Turkish, straddles Hyundai’s flagship premium sedans of Grandeur and Genesis targeting the same potential consumer groups in their 40s and 50s. (image: Hyundai Motor)

SEOUL, Nov. 5 (Korea Bizwire) – After the roll-out of its new strategic concept sedan “Aslan” on October 30, Hyundai Motor appraised that it set as target customers those corporate executives and individuals in their 40s and 50s.

Analyzing the initial market response on the Aslan model, Hyundai announced that 36.8 percent of the buyers of the model were corporate customers and individuals in their 40s and 50s.

Kim Sang-dae, marketing director of Hyundai Motor said, “After the Opirus was discontinued in 2012, Korean auto makers could not provide a front-wheel drive luxury sedan. We will now hit the market with unique convenient features of the Aslan as a front-wheel drive model.”

The Aslan, which means lion in Turkish, straddles Hyundai’s flagship premium sedans of Grandeur and Genesis targeting the same potential consumer groups in their 40s and 50s. The company figures those who might feel overwhelmed with the Genesis due to its high price will opt for the Aslan.