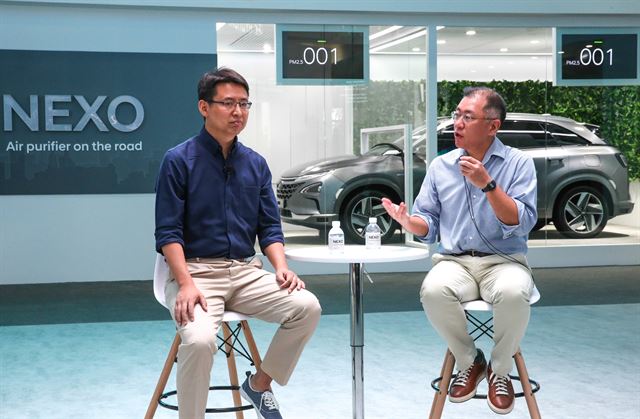 At CES Asia 2018 in Shanghai, the largest electronics exhibit in Asia, the Korean carmaker announced a tech partnership with DeepGlint, a Chinese startup specializing in the field of artificial intelligence.

Established in 2013, DeepGlint is a startup that boasts ownership of technology that incorporates artificial intelligence features into mini cameras.

Hyundai plans to develop new technology based on DeepGlint’s AI expertise in addition to improving the quality of existing products.

Dr. Yong Zhao, CEO of DeepGlint, said the two companies were united in the goal of utilizing AI technology for the sake of humanity, society and the environment.

“Both companies will work hard to make this happen,” said Yong.

Hyundai is also participating in Baidu’s Apollo Project, which will be distributing self-driving technology in software platform form to its partners.

By using the data collected from partners making use of the software, Baidu will be able to make changes and update the development progress of the software.

The largest self-driving car project of its kind in China, the Apollo Project will see participation from a number of car-related companies including Daimler AG, Ford and Bosch as well as telecommunications companies, startups and members of academia.

During a keynote speech at CES Asia given by Hyundai vice chairman Chung Eui-sun, the Korean businessman spoke of doing his best to develop innovative technology in China.

Chung also said that the technology is aimed at focusing on people, its customers, the environment and society.

“I promise to provide happiness to customers by creating a clean environment with eco-friendly cars,” said Chung.