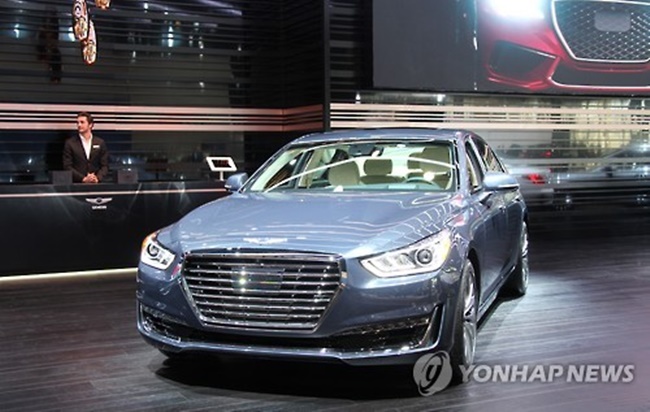 “We have recently set up a task force team under our Chinese operations to push the launching plan forward. The team will conduct a local market survey and look into local regulations in advance,” a company spokesman said.

Hyundai Motor has launched the premium sedan, which carries an independent nameplate, in the United States, Canada, Russia and the Middle East in recent years.

The maker of the Sonata sedan and Elantra compact may introduce three models — the G70 midsize, G80 full-size sedan and G90 upper large-size sedans — sometime next year, he said.

It is also considering setting up a separate business entity in China to promote sales of the flagship vehicles.

“It is one of the possible options for now,” the spokesman said.

Hyundai launched the Genesis sedan as an independent brand to lure a wide range of customers in late 2015, eight years after the carmaker added the luxury model to its lineup under the Hyundai badge in 2008.

From January 2008 to February this year, the company sold an accumulated 481,997 Genesis sedans in global markets, including 220,973 units sold overseas, company data showed.

In the past decade, Hyundai has stepped up its efforts to improve its brand image and produce quality vehicles for the global markets. In the past cars with Hyundai badges were regarded as affordable, mass-market vehicles but not directly associated with luxury.